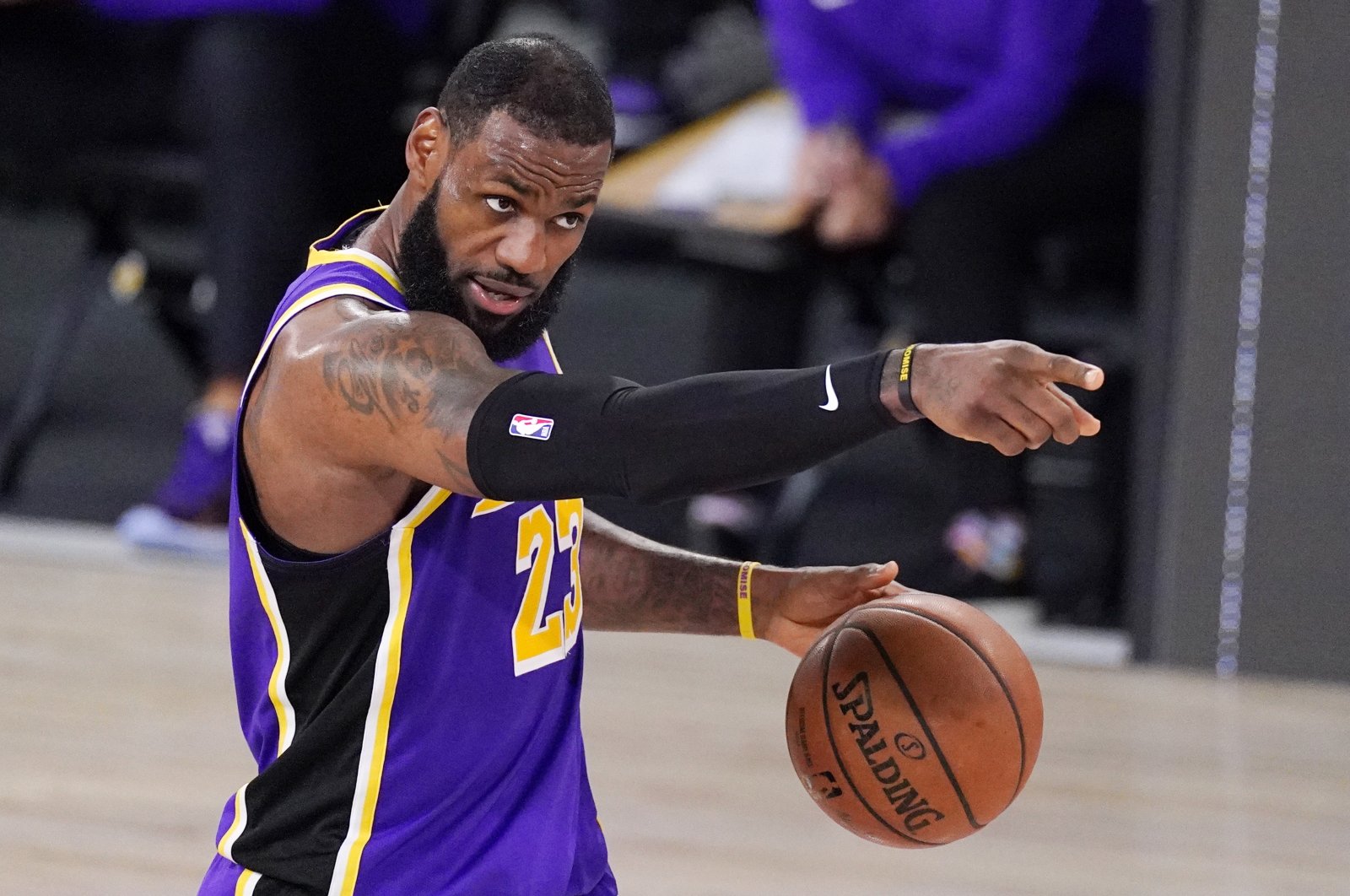 LeBron James and the Los Angeles Lakers begin the final challenge in their bid to return to the summit of basketball on Wednesday when they take on the Miami Heat in Game 1 of the NBA Finals.

A full 11 months after the 2019-2020 NBA season first tipped off, a marathon campaign plunged into crisis by COVID-19 and tumultuous social unrest finally reaches its climax in Orlando.

The fact that the NBA season has managed to reach the home stretch is itself a triumph of sorts, a testament to assiduous planning by league officials to create a secure "bubble" at Disney World in Florida.

Since July, teams have been housed at the sprawling entertainment park in Orlando, largely sequestered from the outside world and the raging coronavirus crisis which has claimed more than 204,000 American lives.

Even then, the season has not been immune from external forces. A month ago, the season threatened to unravel as a tide of anger against racial injustice prompted teams led by the Milwaukee Bucks to boycott games.

The Lakers, who will be chasing a 17th NBA championship against Miami in the finals, were one of two teams who reportedly voted to abandon the season altogether on Aug. 26 following the shooting of Jacob Blake in Kenosha.

That walkout threat was only headed off by the intervention of former President Barack Obama, who reportedly counseled James and other players against a season-ending boycott.

A little over one month later, and the 35-year-old James is now girding himself for his 10th appearance in an NBA Finals, a tally bettered by only two players in the history of the league.

It also marks the vindication of James' decision in 2018 to leave the Cleveland Cavaliers for the Lakers, a faded superpower of the NBA who were floundering before his arrival two years ago.

Although James' first season in Los Angeles ended in disappointment, with injury restricting his appearances and the team once again failing to make the playoffs, the bolstering of the squad with Anthony Davis last year, who has formed a superb partnership with James, returned the team to dominance.

"This is what I came here for," James said Saturday after the Lakers defeated the Denver Nuggets to clinch the Western Conference championship and book a place in the finals.

"I heard all the conversations and everything that was said about why did I decide to come to L.A. (that) the reason I came to L.A., it was not about basketball," he said.

"All those conversations, just naysayers and things of that nature. I understood that, with the season I had last year and my injury, it just gave them more sticks and more wood to throw in the fire to continue to say the things that they would say about me. But it never stopped my journey and never stopped my mindset and never stopped my goal," James said.

The Lakers' odyssey back to the finals has also been marked by tragedy. In January, the team was plunged into mourning following the death in a helicopter accident of franchise legend Kobe Bryant.

A determination to honor Bryant's legacy has driven the Lakers into this year's finals.

"Every time you put on purple and gold, you think about his legacy," James said. "You think about him and about what he meant to this franchise for 20-plus years, and what he stood for both on the floor and off the floor."

Standing in the way of James' bid for a fourth NBA championship is a Miami team that is happy to be cast in the role of underdogs.

The Heat has excelled through the playoffs with Jimmy Butler, Bam Adebayo and Goran Dragic outstanding, routing the top-seeded Milwaukee Bucks 4-1 in the Eastern Conference semifinals before accounting for the Boston Celtics 4-2.

Butler, who joined Miami in 2019 from the Philadelphia 76ers, says the team must neutralize James to have any chance against the Lakers.

"The main key, and it's been like this for a very long time, if you want to win, you're going to have to go through a LeBron James-led team," Butler said.

"At the end of the day, that's what it normally comes down to," he said.

"That's what we got to focus in on. Obviously you can't focus in on him because he has so many really good players around him, but you're going to get the same test over and over again until you pass, and that test is LeBron James," he said.