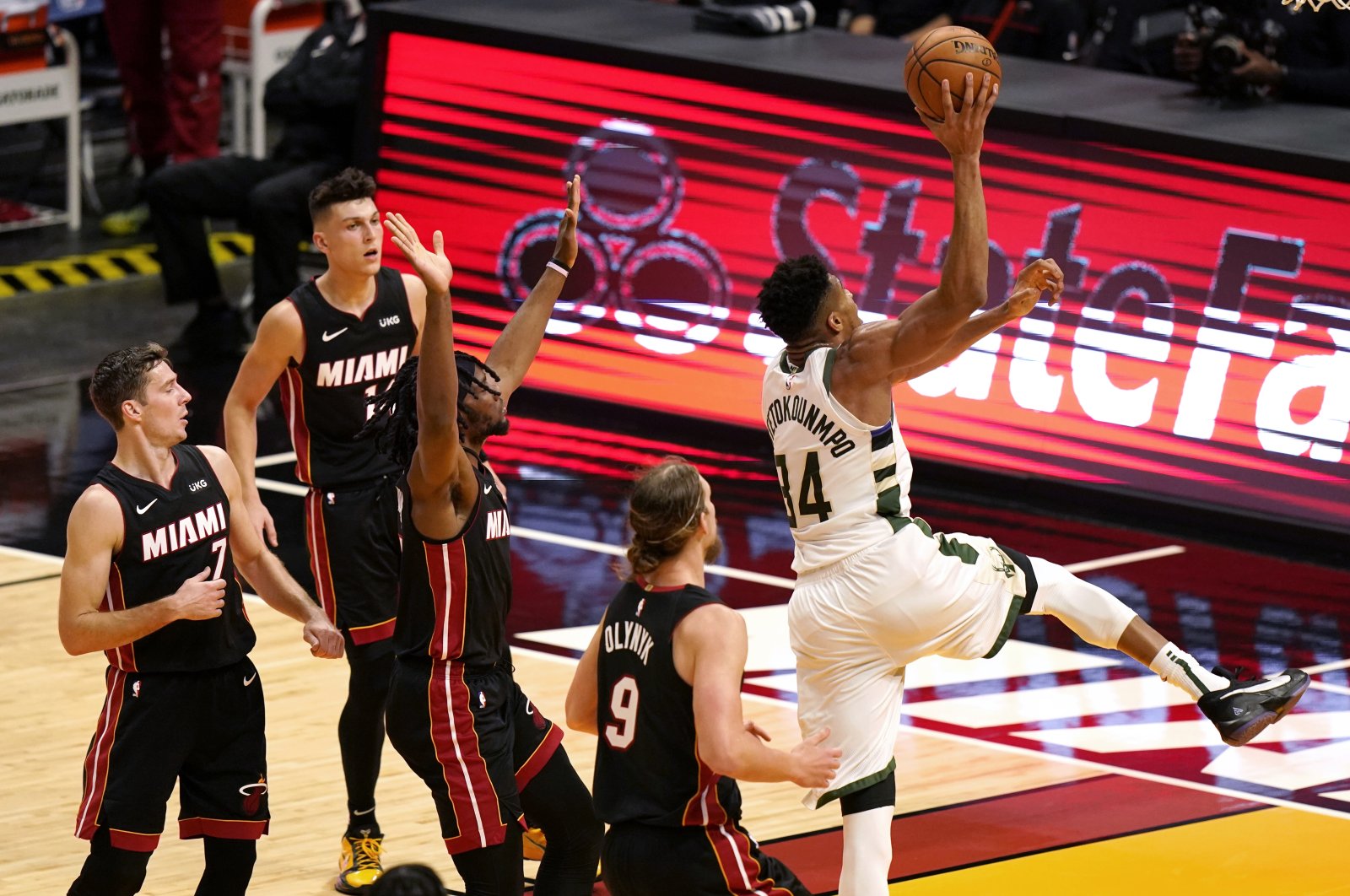 Milwaukee coach Mike Budenholzer offered a simple assessment of some of the scores that he’s seen in the early days of this NBA season.

“It’s strange,” Budenholzer said and he is not wrong. There have been only seven game days so far this season, yet the NBA has already seen 11 games where one team has led by at least 30 points.

The Bucks have been incredibly topsy-turvy: their last three games have seen them lead Golden State by 43, trail New York by 28 and lead Miami by 51 on Tuesday before winning 144-97 in a game where they set an NBA record with 29 3-pointers.

Budenholzer points to a three-week training camp where some teams only played two preseason games and nobody played more than four. All that comes after an offseason where some teams were off for eight months because they didn't go to last season's restart bubble and others were off for less than eight weeks before having to get back to work.

“It does seem like there’s been a handful more than normal,” Budenholzer said of the number of lopsided scores so far. “I think the shortened offseason, the shortened preseason, I keep saying this ... people don’t appreciate everything that goes into NBA preparation and what’s called the offseason before training camp even starts.”

It’s not only the Bucks who are playing wildly different styles of games in the early days of this season.

The Los Angeles Clippers trailed Dallas by 57 on Sunday in what became a 51-point loss, then led Minnesota by as many as 31 on Tuesday in a bounce-back win. Brooklyn’s two wins have come by 26 and 28 points; the Nets are 0-2 in games decided by five points or fewer.

The Los Angeles Lakers’ two wins have come by 23 and 36 points; they’re 0-2 in games decided by single digits.

Golden State’s two losses have been by 26 and 39 points; the Warriors’ two wins have come by a combined 11 points, including a win at Detroit on Tuesday. “A great feeling,” Warriors coach Steve Kerr said.