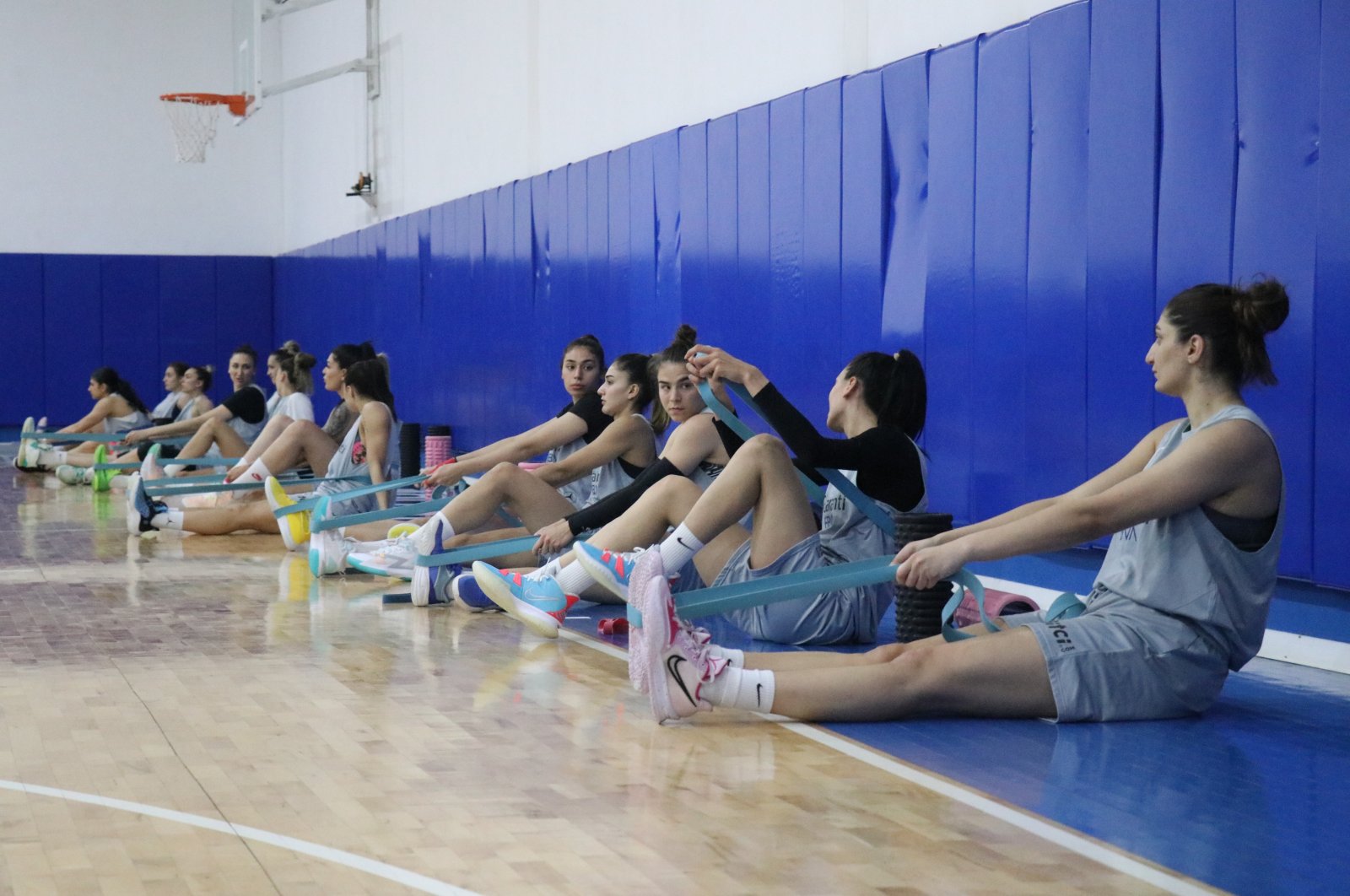 The Turkish national women's basketball team is aiming for the European title as it prepares in Bolu for the upcoming FIBA ​​2023 Women's European Championship Qualifiers.

The national team is currently attending a weeklong conditioning camp in the western Turkish city, under head coach Ceyhun Yıldızoğlu.

Star player Tilbe Şenyürek said their first priority would be passing the qualifiers in November and February 2023, but the main target will be winning at the finals.

“I think this camp will go a long way in helping our young and energetic squad. We are very sorry that we could not participate in the World Championship this year.

“The primary target is to go through the qualifiers for the European championship and eventually take place on the podium ... We want to make up for the missed World Championship," she said.

Shooting guard Sevgi Uzun said they want to leave the unsuccessful world and European campaigns behind and focus on the future.

Alperi Onar, who plays for Turkish powerhouse Fenerbahçe said women are strong enough to do anything.

"Our goal is always to get on the podium. I hope we can achieve this in the European championship next year. Women should be brave and do what they want."

They are strong enough to do anything, anywhere in the world. I hope we can set an example for young girls,” she added.