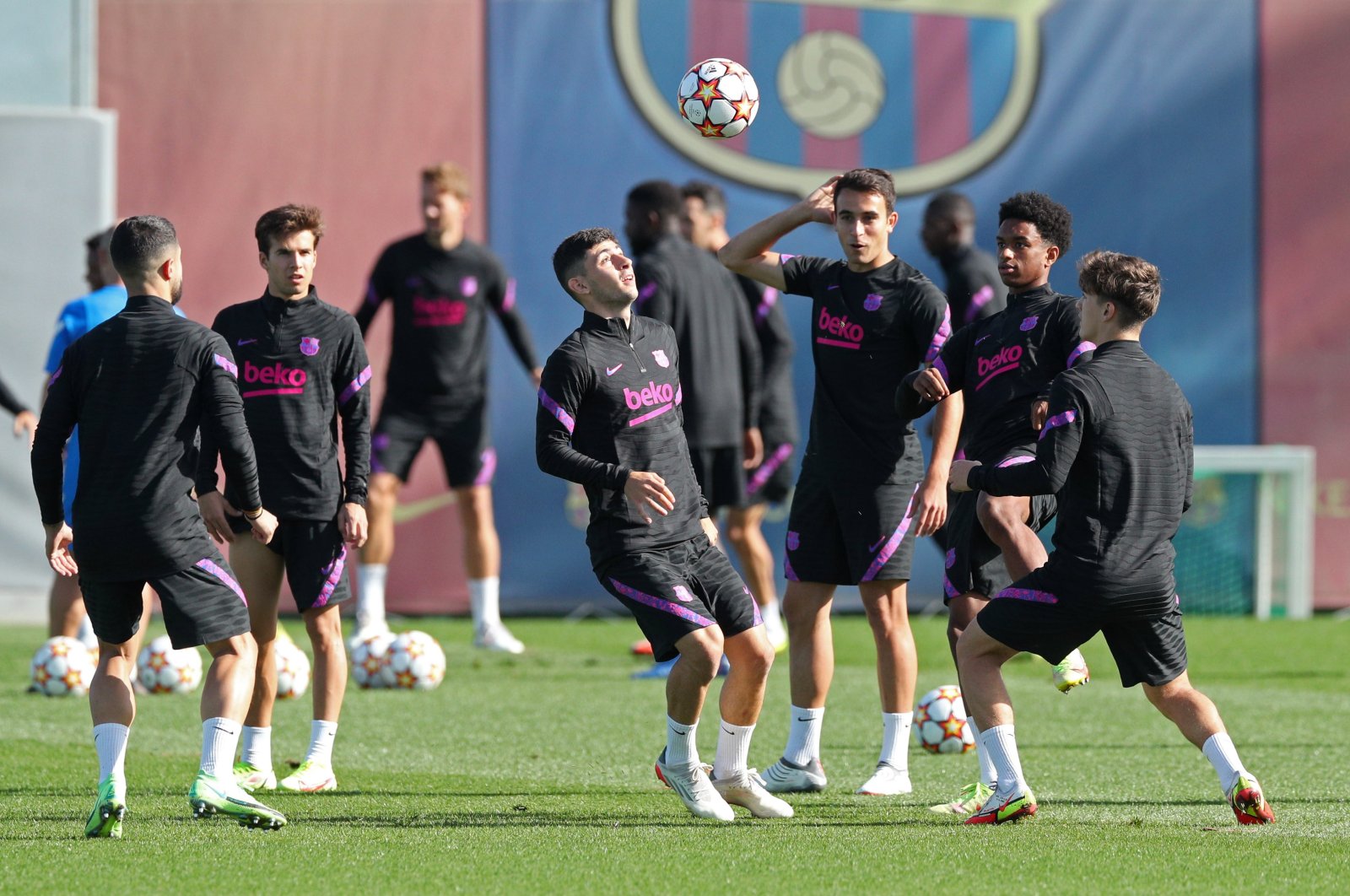 As Barcelona and Juventus both struggle in their respective domestic leagues, the duo will hope Champions League performances can finally turn around their seasons

Spanish heavyweight Barcelona will look to strengthen further its position in the Champions League as it goes head-to-head with Dynamo Kyiv on Tuesday.

The Catalans are still without a replacement for fired manager Ronald Koeman going into the Group E game – and Gerard Pique and Sergio Aguero will be missing through injury.

Pique has a right calf strain, while Aguero is expected to stay in a hospital to undergo further heart tests after feeling dizzy before halftime in the 1-1 home draw against Alaves on Saturday.

Barcelona lost two in a row in the Spanish league – including to rival Real Madrid at home – after defeating Dynamo 1-0 to restore its chances of avoiding its first group-stage elimination in the Champions League in nearly two decades. Barca is third in the group.

Bayern Munich suddenly has defensive issues to sort out before Benfica’s visit.

The Bavarian powerhouse conceded seven goals in its last two games, including the 5-0 drubbing it received from Borussia Monchengladbach in the German Cup last Wednesday.

That was Bayern’s biggest defeat in 43 years. The team rebounded by scoring five goals against Union Berlin on Sunday, albeit while conceding another two.

Bayern goalkeeper Manuel Neuer was busy in both games, putting the blame squarely on Bayern’s defenders.

However, there is nothing wrong with the attack and Robert Lewandowski will be keen to add to his 17 goals from 14 games across all competitions this season as Group E Bayern can book its place in the next round with a win against second-placed Benfica.

The immediate pressure eased on Ole Gunnar Solskjaer after leading Manchester United to a 3-0 victory at Tottenham in the Premier League on Saturday.

The scrutiny about the manager’s future is sure to return if United cannot win at Atalanta on Tuesday, especially with a derby against Manchester City to follow on Saturday.

United is at least top of Champions League Group F but with only six points from three games, one point more than Villarreal, which plays Young Boys.

Solskjaer will have to figure whether to stick with the three-man defense and strike force of Cristiano Ronaldo and Edinson Cavani that ended a four-match winless run in the Premier League.

Wolfsburg’s new coach Florian Kohfeldt has reinvigorated the team after just one game in charge since taking over from the fired Mark van Bommel.

The group remains open as Salzburg leads on seven points, followed by Sevilla on three, with both Lille and Wolfsburg on two. Sevilla hosts Lille in the other group game on the same day.

Troubled Serie A giant Juventus has reportedly gone into a training retreat after returning to dismal form in Serie A.

After a rocky start to the season, matters appeared to have improved with a series of 1-0 wins, but Juventus has lost its past two league matches against Sassuolo and Hellas Verona.

Massimiliano Allegri has already lost four of the first 11 Serie A matches at the start of his second spell in charge. Juventus has never finished higher than fourth after such a mediocre start.

In the Champions League, however, it has been a different story and Juventus prepares to face Zenit St. Petersburg looking to maintain its perfect start in Group H.

Juventus has won its previous three matches, without conceding a goal and could qualify for the knockout stage with two matches to spare.