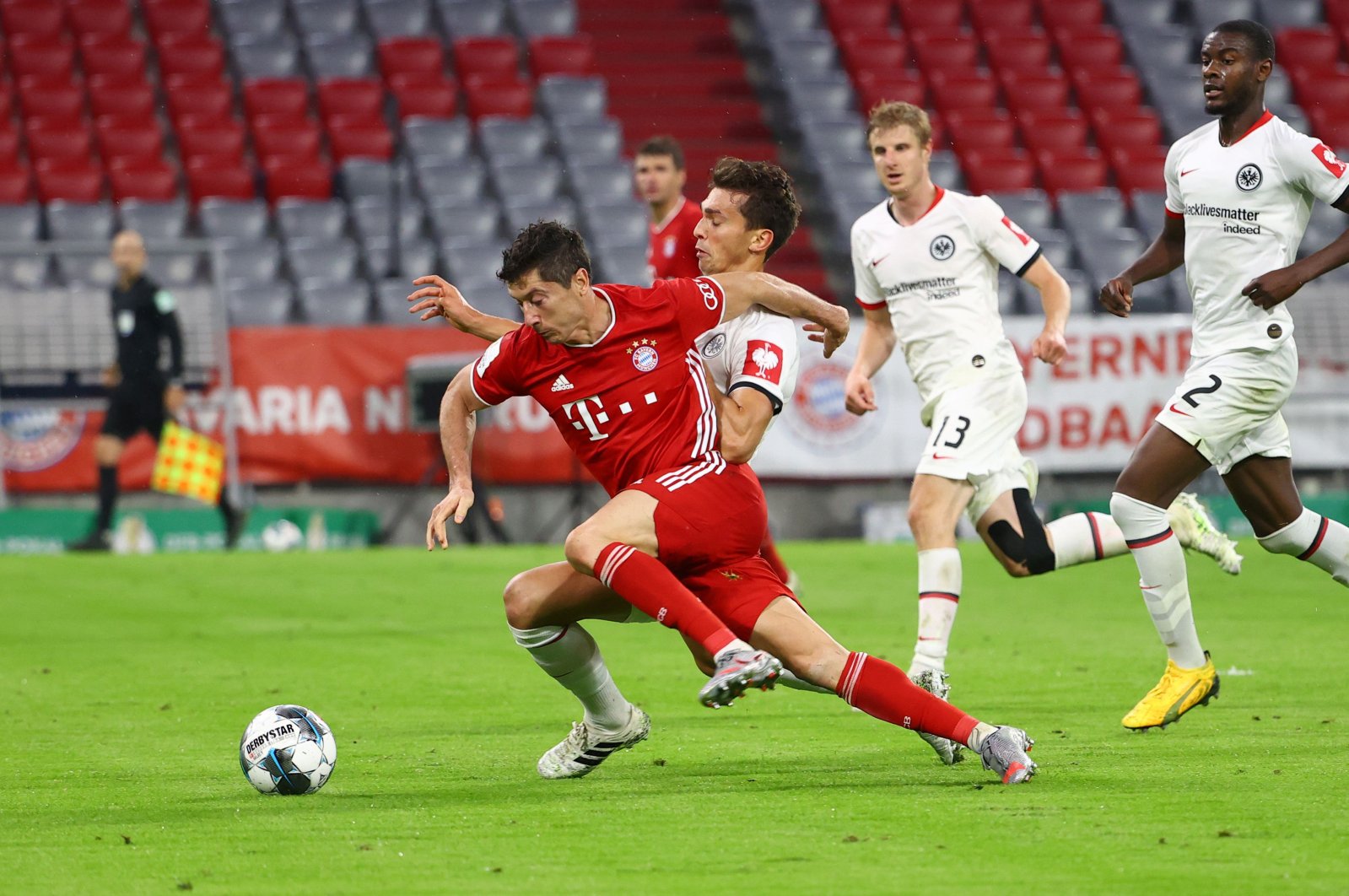 Robert Lewandowski netted a second-half winner as holders Bayern Munich remained on course for a domestic double after beating Eintracht Frankfurt 2-1 on Wednesday to reach the German Cup final for the third straight year.

Despite a superb first half in which they took the lead through Ivan Perisic, Bayern was made to sweat after completely losing their rhythm after the break and allowing their opponents to come back into the match with a goal from Danny Da Costa.

"In the first half, we should have scored more goals. In the second half we did not do it well," Bayern coach Hansi Flick said.

"But it was a Cup game and in the end, it was a deserved qualification. It could have been an easier second half if we had done it better in the first."

Bayern will now play Bayer Leverkusen, who cruised past fourth-tier Saarbruecken 3-0 on Tuesday, in the final in Berlin on July 4.

Having all but secured the Bundesliga title and chasing a 20th German Cup crown, the Bavarians were unstoppable in the first half and an unmarked Perisic headed in a Thomas Mueller cross for the lead in the 14th minute.

They should have scored several more with Perisic, Kingsley Coman and Lewandowski repeatedly going close as the visitors were completely outclassed in the first half.

Frankfurt, who beat Bayern in the 2018 final, came out transformed after the break and snatched an equalizer through substitute Da Costa in the 69th.

Yet Lewandowski scored the winner five minutes later with Bayern's only real chance in the second half after confusion in the Frankfurt box and following a VAR review.