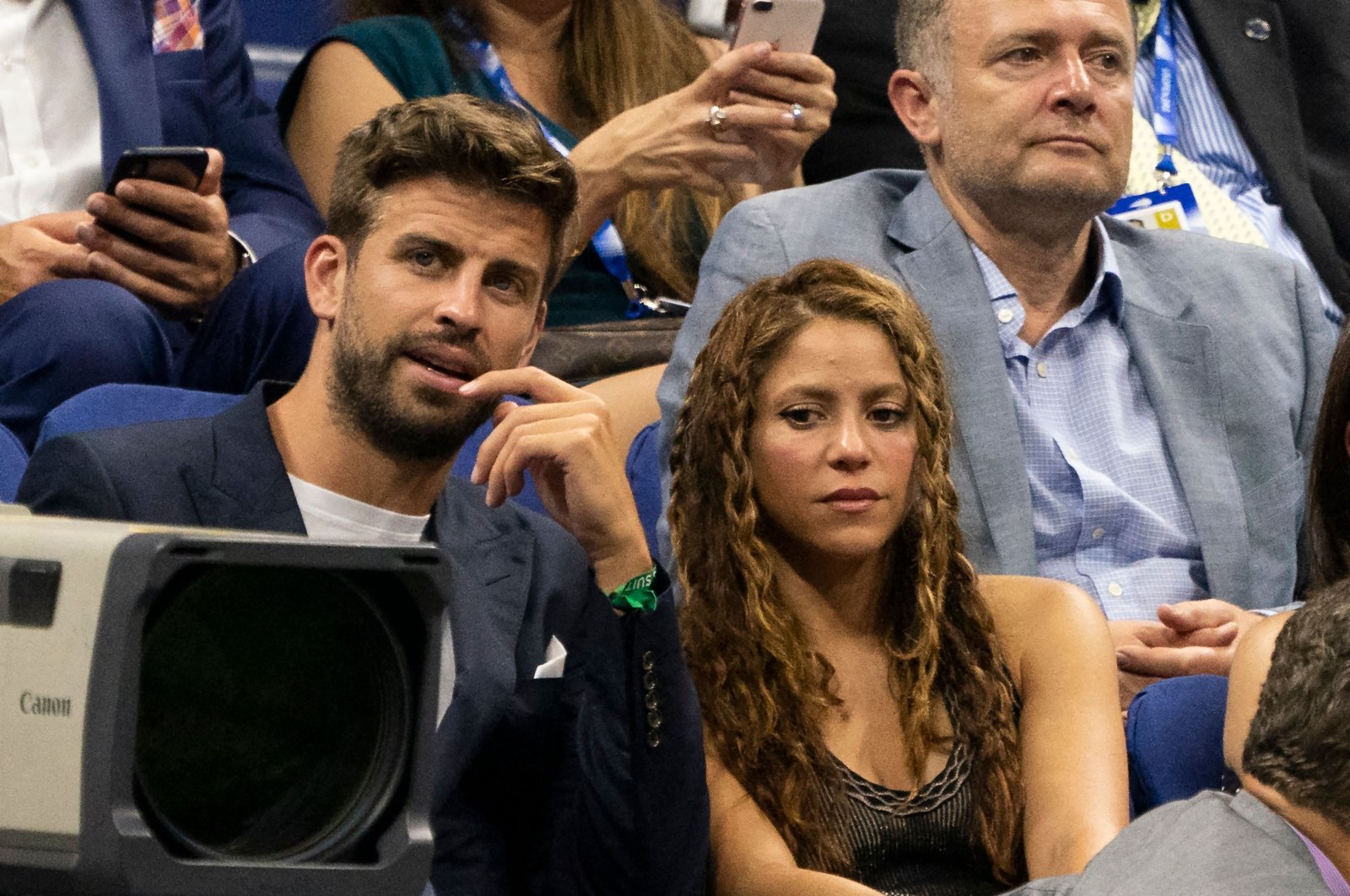 Celebrity power couple Shakira and Barcelona's Gerard Pique announced Saturday they have decided to go their separate ways after more than a decade together.

The 45-year-old "Hips don't Lie" songstress is one of the biggest names in the global music industry and has sold more than 60 million albums.

Spanish football hero Pique, 35, won the 2010 World Cup and the 2012 European Championship and is a three-time Champions League winner with Barcelona.

Shakira sang her infectious hit "Waka Waka," the official song of the 2010 World Cup, at the event's closing ceremony in South Africa.

They met during the filming of the anthem's video and had exchanged messages a few weeks before the closing ceremony.

Once official, they soon became a darling of the paparazzi.

The couple shares two sons and had been living together for years on the outskirts of Barcelona.

"We regret to confirm that we are separating. For the well-being of our children, who are our upmost priority, we request respect for (our) privacy," the couple said in a statement.

With her mix of Latin and Arabic rhythms and rock influence, three-time Grammy winner Shakira is one of the biggest stars from Latin America, scoring major global hits with songs such as "Hips don't Lie" and "Whenever, Wherever."

In 2020, she performed with Jennifer Lopez at the halftime show of the NFL's Super Bowl championship final in Miami, one of the most-watched half hours on U.S. television.

With Shakira by his side, Pique's celebrity reached new levels, and the couple expanded their influence beyond music and sport.

In 2015, they organized a dinner with Japanese online retailer Rakuten, leading to one of Barcelona's biggest sponsorship agreements.

Pique's sports interests were not limited to football. His investment fund Kosmos acquired the Davis Cup in 2018, in a 25-year deal worth $3 billion.

Pique also took advantage of an off-season to study for a master's degree at Harvard University.

The couple announced their separation just over a week after Spanish court documents inched Shakira closer to standing trial in Spain for tax fraud after a Barcelona court dismissed an appeal from the singer.

Spanish prosecutors accuse her of defrauding the Spanish tax office out of 14.5 million euros ($15.5 million) on income earned between 2012 and 2014.

They say she moved to Spain in 2011 when her relationship with Pique became public but maintained official tax residency in the Bahamas until 2015.

Her defense lawyers say she moved to Spain full time only in 2015 and insist that her "conduct on tax matters has always been impeccable in all the countries she had to pay taxes."

Pique, facing his own legal issues, saw Spain's Supreme court in December annul a lower court ruling ordering him to pay the tax office 2.1 million euros in back taxes and fines.

Shakira had also been named in one of the largest ever leaks of financial documents in October 2021, known as the "Pandora Papers," among public figures linked to offshore assets.

In an interview with AFP in 2019, Shakira said temporarily losing her voice two years earlier had been "the darkest moment of her life" and affected her "deeply."

She later recovered her voice naturally, without needing to undergo surgery as recommended by doctors and subsequently carried out a world tour in 2018.

There have also been rumors that the Spanish defender cheated on the Colombian superstar and has "been living alone for weeks in his old apartment."

Leading Spanish daily El Periodico published allegations made by video podcast Mamarazzis that claimed Pique "has been seen accompanied by other women."