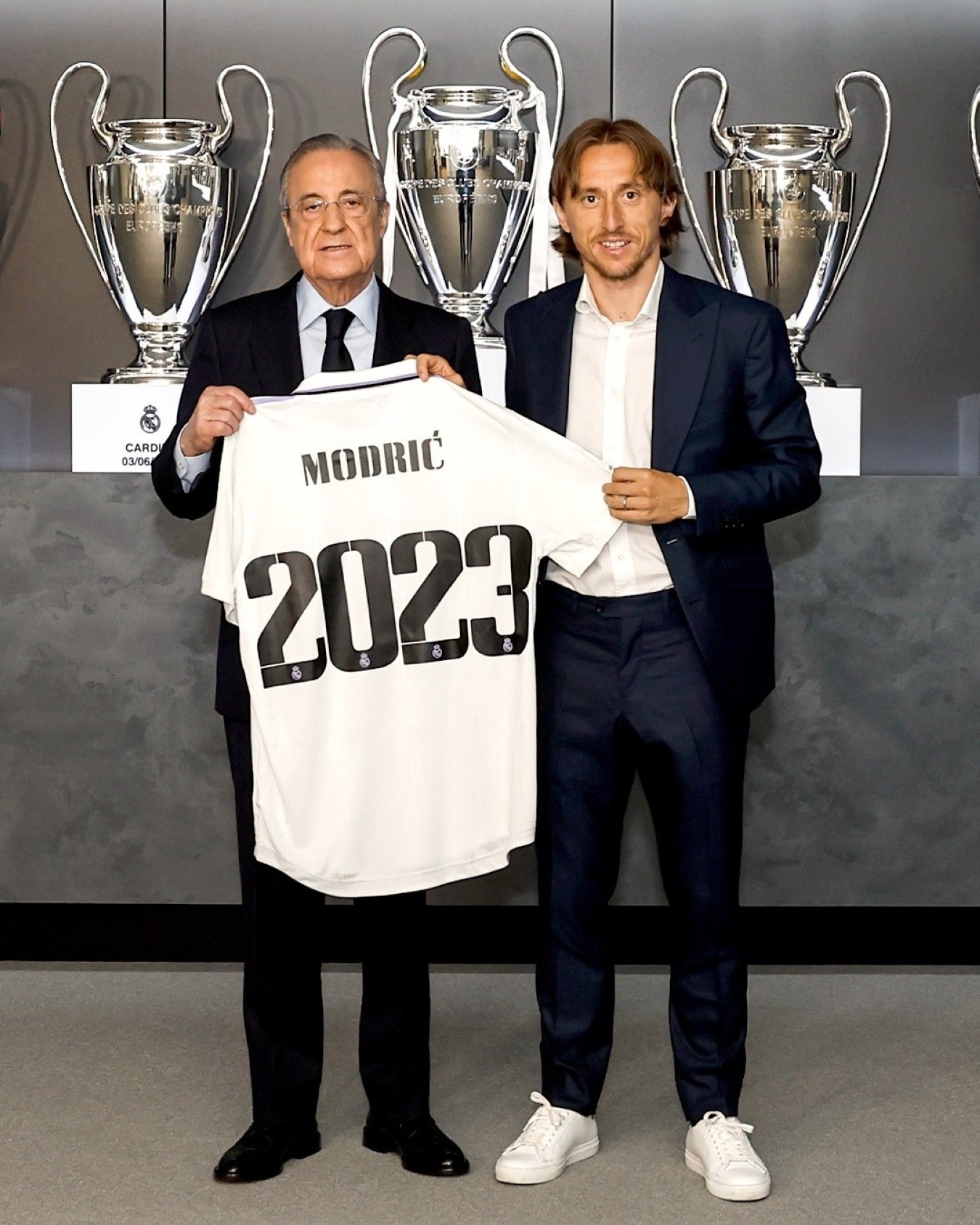 Real Madrid's Croatia midfielder Luka Modric has signed a new deal that will keep him at the club until the end of next season, the European champion confirmed Wednesday.

The 36-year-old played a key role in Carlo Ancelotti's side last term as it won the La Liga and Champions League titles.

"Real Madrid C. F. and Luka Modric have reached an agreement to extend the player's contract until 30 June 2023," the club said in a statement.

Modric, who won his 150th international cap in Croatia's 1-1 draw with France on Monday, also signed a one-year deal 12 months ago.

He joined Real from Tottenham in 2012 and has gone on to make 436 appearances for the Spanish giants, winning the Champions League five times and three La Liga titles.

"Modric is going to end his career with Real Madrid," Real coach Ancelotti said in April.

"I don't know when, but that's everyone's idea. There's no problem for the club or the management to extend his contract, that's clear."

Modric has continued to regularly start in midfield alongside fellow club stalwarts Casemiro and Toni Kroos.

Eduardo Camavinga has impressed in his first season, often as a substitute, while Madrid has reportedly agreed on a deal to sign his fellow French youngster Aurelien Tchouameni from Monaco.

But Modric was never expected to follow long-time teammates Isco, Gareth Bale and Marcelo out of the door at the Santiago Bernabeu.