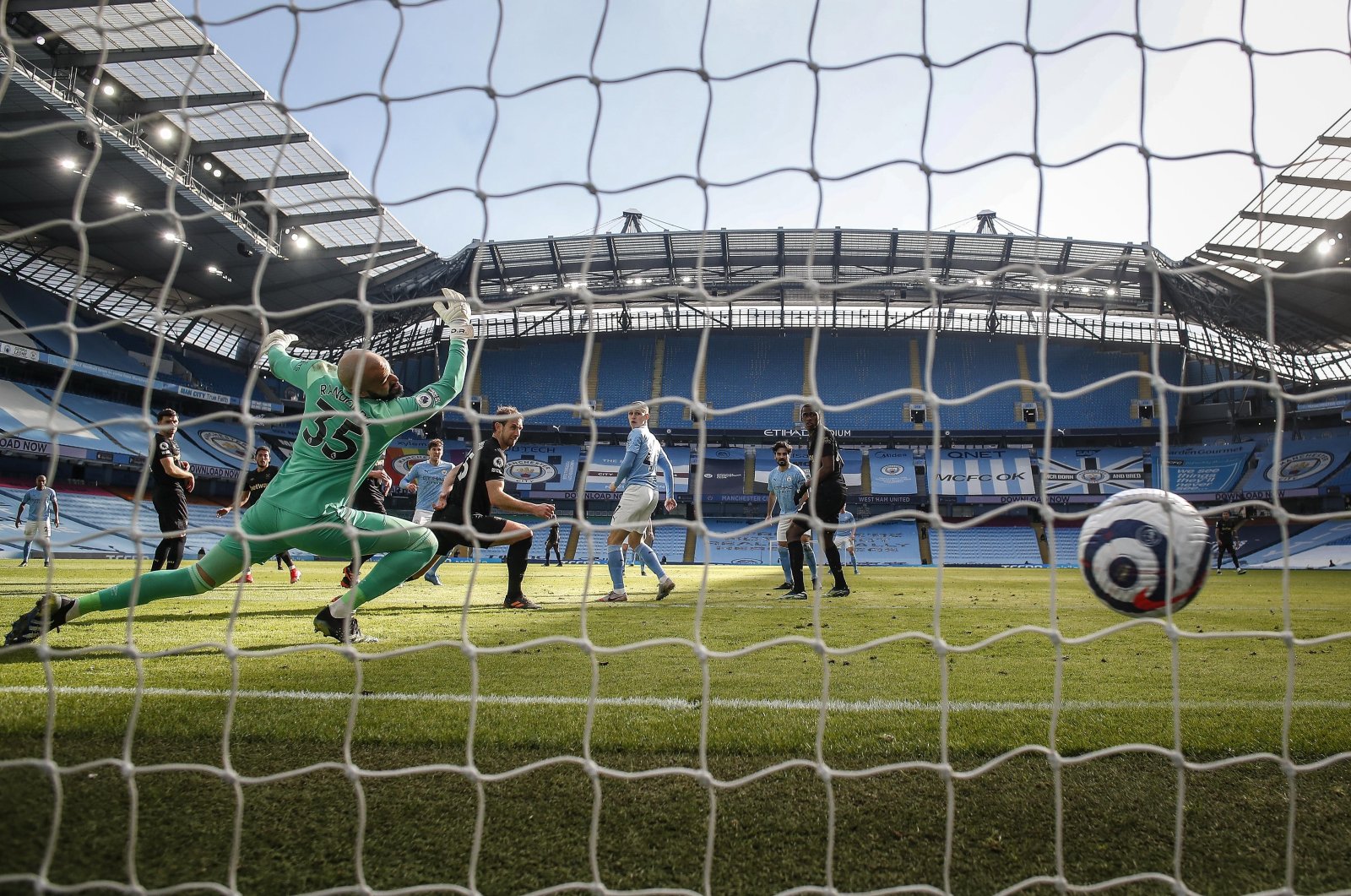 Manchester City won its 20th straight game in all competitions and opened up a 13-point lead in the Premier League by beating West Ham 2-1 thanks to goals from center backs Ruben Dias and John Stones on Saturday.

Playing less than 72 hours after a Champions League match in Budapest, City produced one of its sloppiest displays in recent months but emerged with its winning run intact as Stones swept in the decisive goal in the 68th minute from Riyad Mahrez’s pass.

Dias, imperious since signing from Benfica in September, put City in front off a header from a deep cross by Kevin De Bruyne in the 30th only for Pep Guardiola’s team to concede its first home goal in 2 1/2 months when Hammers' Michail Antonio equalized just before halftime.

Fourth-placed West Ham, who performed well throughout and allowed City few clear-cut opportunities at an empty Etihad Stadium, had a late chance to grab a point, but Issa Diop failed to connect well with a header from a Jesse Lingard cross.

It was City’s 14th win in a row in the league – only the sixth time that has been achieved in English top-flight history. Three of those have been attained by City under Guardiola since his arrival in 2016. Unbeaten in 27 matches, City is one match shy of their longest run without defeat under Guardiola in 2017.

Manchester United and Leicester are tied for points as City’s nearest rivals.

The win moves City on to 62 points from 26 games with Manchester United, who play Chelsea on Sunday, behind them on 49 points from 25 matches. Leicester will be facing another London side, 11th-placed Arsenal, on Sunday.

Guardiola rotated his team, as he promised he would, and included record scorer Sergio Aguero in the starting lineup for the first time in the league since Oct. 24 – coincidentally against West Ham, too. Once he gets his sharpness back, City's record goalscorer will provide a boost to their bid to win an unprecedented quadruple.

The injury-plagued Argentina striker, who only had 11 appearances this season, lasted only 60 minutes before being taken off and he looked off the pace. He was partially to blame for West Ham’s 43rd-minute goal, too, after losing possession cheaply inside City’s half before the visitors broke forward quickly.

West Ham had won seven of their previous nine league games, but even they couldn't halt City's relentless march to the title.