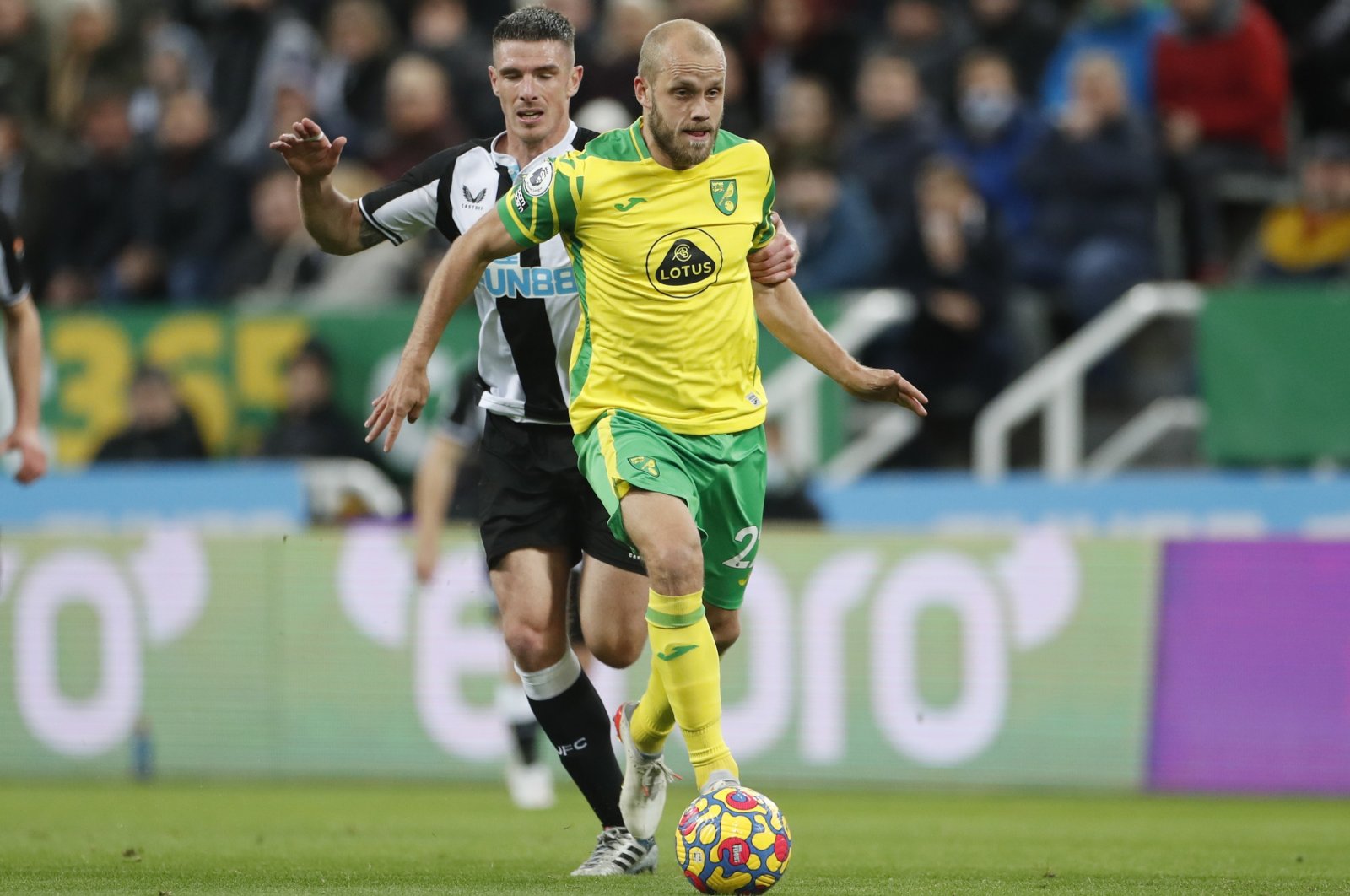 Relegation-threatened Newcastle was denied the first win of the season after Teemu Pukki's late strike earned Norwich a 1-1 draw at St. James' Park on Tuesday.

The Finnish forward, however, wasted a huge opportunity to deepen the Magpies' relegation fears after Newcastle played with a man short for more than 80 minutes.

Defender Ciaran Clark saw red for pulling down Pukki in the ninth minute but Norwich couldn't capitalize on the numerical advantage. It was largely wasteful and fell behind to Callum Wilson's penalty on the hour mark.

Pukki smashed home on the volley to equalize 11 minutes from time and Norwich should have claimed a massive three points in stoppage time when Martin Dubravka saved from Pierre Lees-Melou.

A point does little for either side's hopes of beating the drop as Leeds' 1-0 win over Crystal Palace moved them five points clear of the bottom three.

Newcastle is six points off safety in its bid to minimize the damage before it can turn to the Saudi sovereign wealth fund to strengthen in the January transfer window.

Howe was on the sideline as Newcastle boss at St. James' Park for the first time, having missed the 3-3 draw with Brentford 10 days ago after testing positive for coronavirus.

The former Bournemouth boss could not have asked for a worse start to a crucial clash between the bottom two before kick-off when Clark inexplicably hauled down Pukki as he threatened to burst clear on goal.

"I felt the players showed real resilience, which we're going to need for the upcoming matches," said Howe.

"If we can do that 11 against 11, we're definitely going to win some matches."

No side has conceded more goals in the Premier League than Newcastle this season, but Norwich is also the lowest scorer and its lack of quality in the final third was obvious as it labored to create chances despite dominating possession.

Newcastle looked to have snatched a first win under Saudi ownership when Billy Gilmour was penalized for a handball inside his own box after a video assistant review (VAR) review.

Tim Krul nearly denied his former club as he got a hand to Wilson's spot kick, but saw the ball rebound in off the underside of the bar.

Norwich finally produced a moment of quality to ensure it remains just three points off safety.

Dimitris Giannoulis helped the ball back into the box after Dubravka flapped at a cross and Pukki smashed home a volley into the top corner.

Norwich then piled on the pressure in the closing stages but failed to find the winner as Dubravka made amends for his part in the equalizer with a crucial late save.

Leeds gave itself some breathing space from the bottom three by edging out Palace in stoppage time thanks to Raphinha's penalty.

Leeds got the break its season needed deep into added time when Marc Guehi handled from Liam Cooper's header and Raphinha coolly slotted home the resulting spot-kick to move Marcelo Bielsa's men up to 15th.