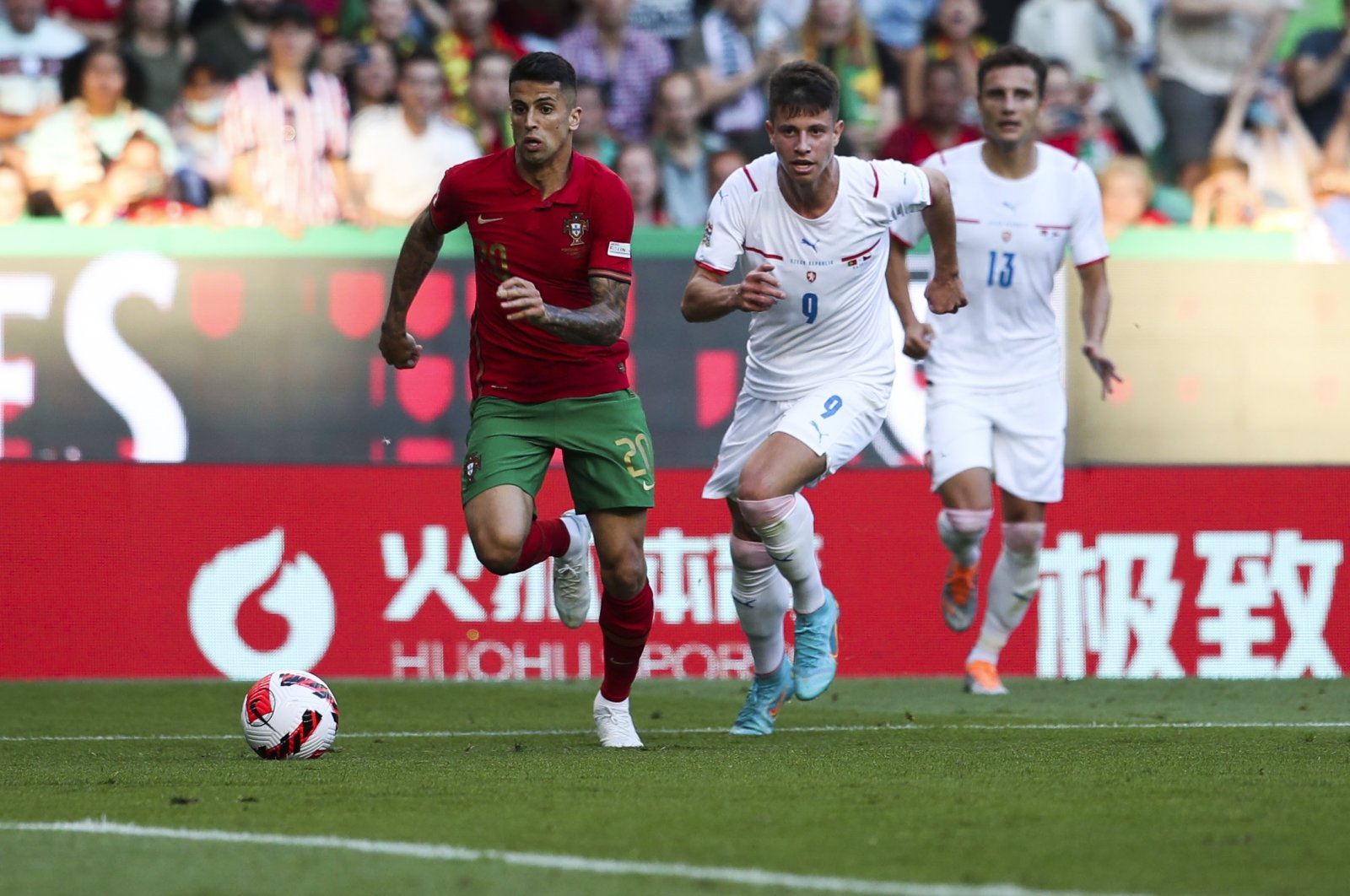 Portugal and Spain picked up victories in the Nations League on Thursday to set up a battle between the Iberian neighbors for a spot in the Final Four.

Portugal took sole possession of the lead in Group 2 of the top-tier League A by defeating the Czech Republic 2-0, while Spain earned a first win and moved into second place by edging past struggling Switzerland 1-0 in Geneva.

Portugal, the inaugural champion in 2019, is two points ahead of Spain and three in front of the Czechs after three matches. Only the group winners make it to the Final Four, while the last-placed teams will be relegated.

It was the second consecutive win for Cristiano Ronaldo’s Portugal after it had opened with a draw against Spain, last year’s runner-up to France.

The Spaniards ended their winless run with the victory over last-placed Switzerland, which has lost all its matches. The Swiss hadn’t been beaten at home in eight years in a run of 23 matches.

"Professional football is about results," Spain coach Luis Enrique said. "We were able to impose our style."

Portugal opened the scoring with Joao Cancelo’s low shot from a narrow angle in the 33rd minute, and Goncalo Guedes added to the lead five minutes later from inside the area after an assist by Bernardo Silva.

Defender Pepe made his 127th appearance, joining Luis Figo for third-best all-time for Portugal. The duo is behind the 145 appearances of Joao Moutinho and the 188 of Ronaldo.

Spain got on the board in the 13th minute with Pablo Sarabia redirecting a cross by Marcos Llorente for a goal that had to be confirmed by video review to check for offside.

"It was about time we won," Sarabia said. "These three points are very valuable for us."

It was the teams’ first meeting since Spain defeated the Swiss on penalties in the quarterfinals of the European Championship last year.

Portugal will close play in the June international window in Switzerland on Sunday, while Spain host the Czech Republic.

In the second-tier League B, Erling Haaland drew a blank in Norway’s 0-0 home draw with Slovenia. Haaland arrived as one of the Nations League’s leading scorers with three goals.

Norway leads Group 4 while Slovenia, which was a man down from the 63rd after Miha Blazic was sent off, is in last place. Serbia won 1-0 in Sweden with a goal by Luka Jovic to jump to second place, three points ahead of the Swedes.