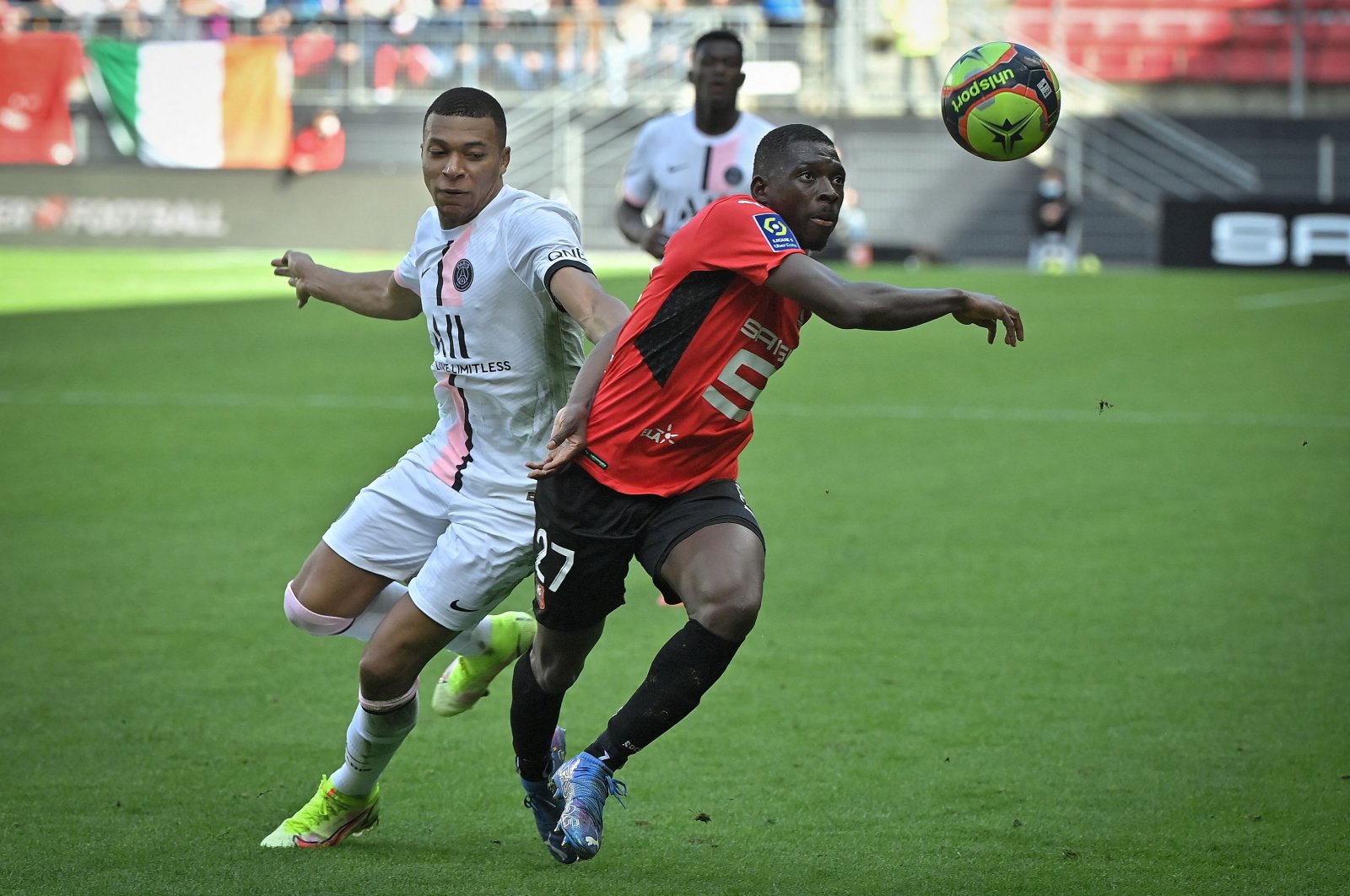 Paris Saint-Germain's perfect start to the Ligue 1 season with eight consecutive wins was spoiled by a 2-0 defeat at Rennes on Sunday.

Lionel Messi smacked the crossbar with a free-kick in the first half at Roazhon Park and Gaetan Laborde volleyed Rennes ahead just before the break with his league-best sixth goal this term.

Flavien Tait struck less than 20 seconds after half-time as Rennes doubled its lead with Kylian Mbappe seeing a goal ruled out for offside as PSG lost in the league for the first time since April.

Messi lined up alongside Neymar, Mbappe and Angel Di Maria for just the second match, making only his second league start for PSG after missing two Ligue 1 games with a knee injury.

Gianluigi Donnarumma again got the nod ahead of Keylor Navas in goal, having kept a clean sheet midweek in PSG's Champions League win over Manchester City.

Looking to keep pace with the team that won its opening 14 games under Thomas Tuchel in 2018, PSG created a series of chances midway through the first half – all of which went to waste.

Neymar skied horribly after the ball broke kindly to the Brazilian inside the Rennes area and Mbappe was guilty of another glaring miss when he scooped over after getting in behind the home defense.

Messi, who bagged a spectacular first goal PSG against City on Tuesday, nearly got off the mark in Ligue 1 but watched his curling free-kick from 25 yards clatter the bar on the half-hour.

Rennes goalkeeper Alfred Gomis crucially stuck out a hand to deny Neymar a tap-in as Di Maria squared across the six-yard box, and PSG paid the price for its missed opportunities on the stroke of half-time.

Kamaldeen Sulemana whipped in a cross from the left which was thumped beyond Donnarumma by Laborde, a deadline day signing from Montpellier.

Rennes, who spent 80 million euros ($92.6 million) on new signings in the summer – more than anyone in France including PSG – caught the visitor cold right at the start of the second half to make it 2-0.

Laborde, released down the right, pulled back for Tait to sweep in the first time – the goal upheld after a VAR check for offside and greeted by a deafening roar from a full house of close to 30,000 once it was confirmed.

Sulemana fired a ferocious drive narrowly over but PSG appeared to have pulled one back when Mbappe squeezed beyond Gomis, only for it to be chalked off upon review.

It could have been worse for Mauricio Pochettino's side had a penalty awarded to Rennes not been overturned in the closing stages after replays exonerated Achraf Hakimi from a foul on Laborde.

Instead, PSG must now reset after the international break that will see Messi and Neymar jet off to South America for a grueling series of three World Cup qualifiers.