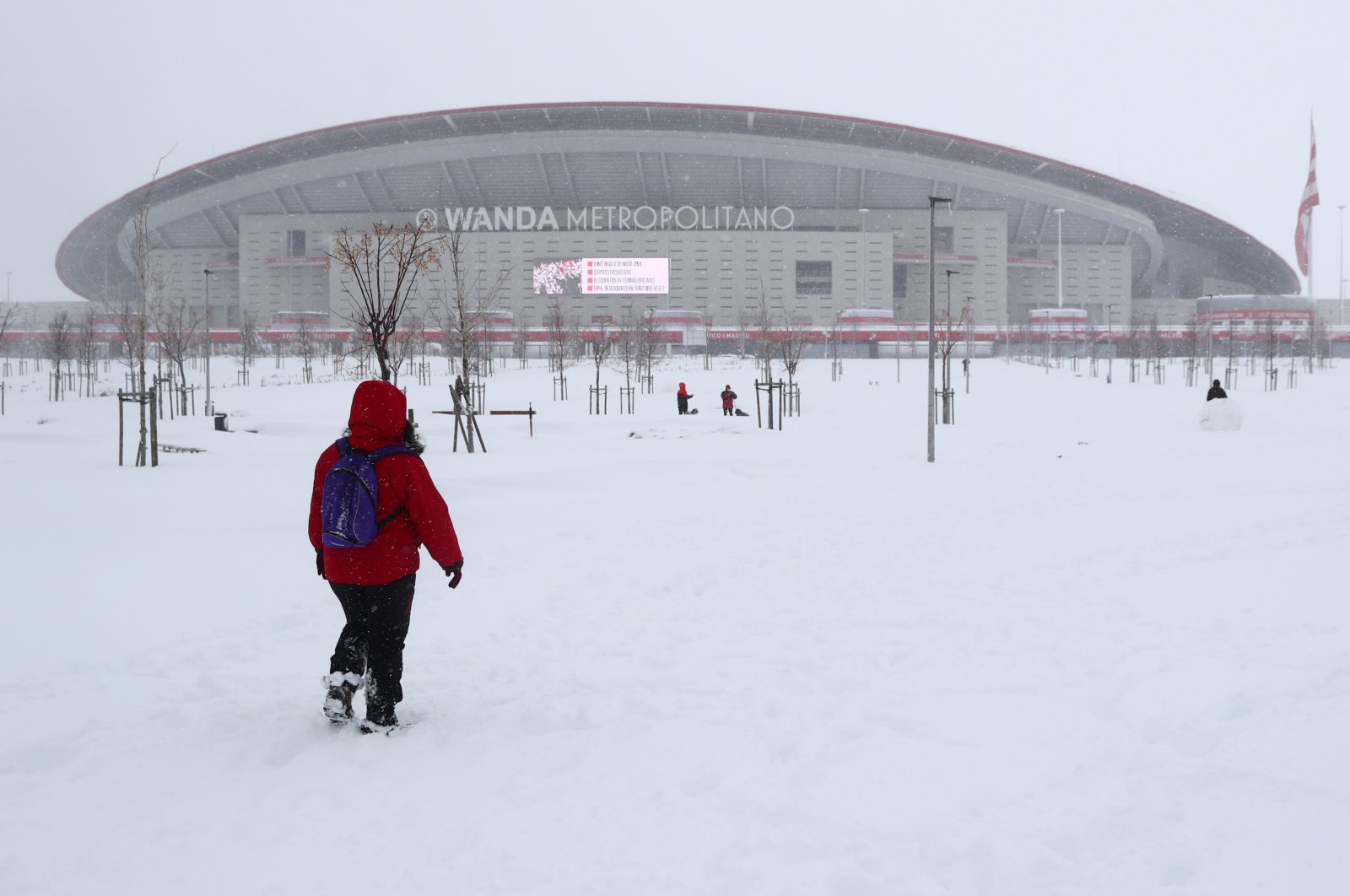 A winter storm blanketing much of Spain in its biggest snowfall in recent memory forced the postponement of several soccer games involving teams from the hard-hit capital Saturday.

The match between Spanish league leader Atletico Madrid and Athletic Bilbao on Saturday was put on hold after the Basque club's plane was unable to land in the capital. The persistent snowfall practically shut down the capital city, closing train lines and its international airport.

The away match for Getafe, another Madrid-based La Liga club, at Elche slated for Sunday was rescheduled, and four second-division matches and five games in Spain's women's league were postponed.

The Spanish football federation said Getafe's game at Elche will be played Monday. It has yet to announce a new date for Atletico's match against Bilbao. The fixture calendar is already tightly packed due to the season's late start because of the coronavirus pandemic.

Bilbao was on its way to the capital on Friday but its plane was forced to turn around when the Adolfo Suarez Madrid-Barajas International Airport closed due to the storm.

The blizzard has covered large parts of Spain with 50-year record levels of snow. More than 50 centimeters (20 inches) of snow fell in the capital. The wintry weather has been linked to the death of at least four people. Thousands were trapped in cars or in train stations and airports that had suspended services.

Atletico entered the round leading the league by two points ahead of Real Madrid.

Real Madrid was able to leave Madrid's airport Friday night and fly to Pamplona, where it was held to a goalless draw by Osasuna on Saturday.