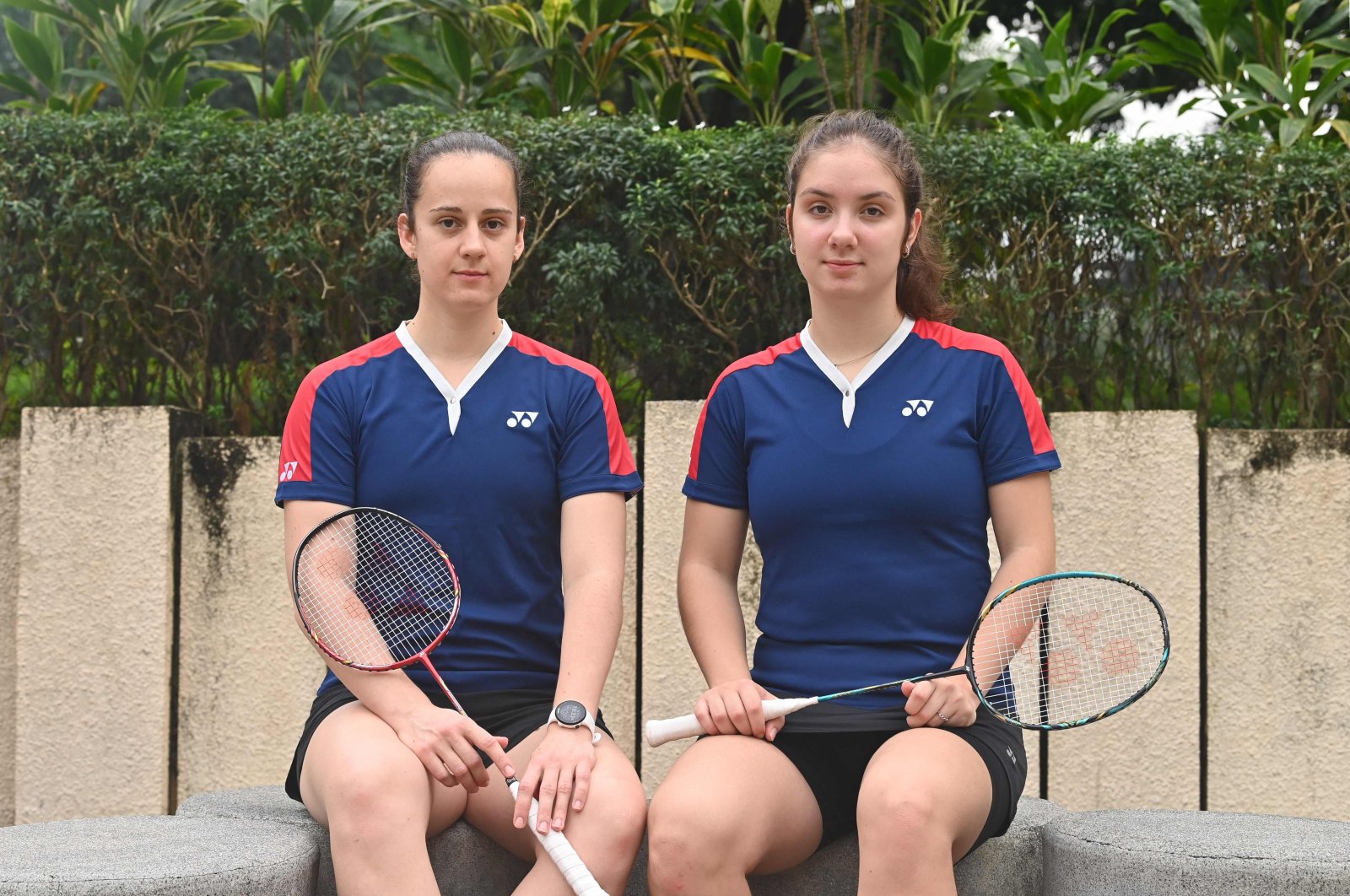 'We will try to do our best for our country' and spread the message about the war in Ukraine, 'so people don't forget,' say Ukrainian badminton players in Jakarta

In the smog of Indonesia's capital Jakarta with the Istora Stadium as their backdrop, Ukraine's top badminton doubles team are not focused on their early exits from back-to-back events on the world tour, but on the Russian invasion of their homeland.

Yelyzaveta Zharka and Mariia Stoliarenko were the only Ukrainians to compete at the prestigious Indonesia Open, which concludes later Sunday – one of only three Badminton World Federation (BWF) Super 1000 top-ranked tournaments on the 2022 calendar.

Zharka and Stoliarenko bowed out in Tuesday's first round after a similar early exit at the Super 500 Indonesia Masters the previous week at the same venue.

But they said being able to raise awareness on a global stage for their compatriots living under Russian bombardment was a victory for them.

"We want that people don't forget about our situation which is now still going on in Ukraine," 30-year-old Zharka told Agence France-Presse (AFP).

"Also, that people know that Ukraine needs support, needs attention in our fight for freedom."

The pair, ranked 68th in the world, said giving the Ukrainian people a moment of pride and motivation was "the first reason" they continue to compete at global tournaments as the war rages back home.

The pair have directly felt the impact of the conflict, having in March been forced to flee their home city of Kharkiv, where Ukrainian forces have suffered painful losses and Russian troops have been accused of atrocities including using cluster munitions on civilians.

They briefly took refuge in Poland before Zharka left for France where her former club in Strasbourg allowed her to stay and practice before she invited Stoliarenko to join her.

A string of tournaments across Europe followed, including the Orleans Masters in France and the European Championships in Spain.

The pair, who started playing together last year, were able to set off for Asia in May after Ukraine's badminton federation contacted their Thai counterparts and the BWF.

"They helped us to book a ticket but now it's only a one-way ticket to Asia because we don't know yet when we will (go) home," said Zharka.

While mired in uncertainty and seeing scenes of destruction back home, Zharka and Stoliarenko took part in the Thailand Open last month, losing to the world No. 1s from China – Chen Qingchen and Jia Yifan.

Zharka said it had been difficult to maintain their concentration on badminton, with their days usually starting with anxious calls to family members stuck in Kharkiv.

"We had some plans for the future, we had some dreams and visions of how our lives will go on, but after the war it's on pause because we don't know when it will end," she said.

Despite the difficult situation, Stoliarenko said the pair are trying to take "all the positive parts of the game" with them after playing in front of Indonesia's raucous, fanatical badminton crowds for the first time in their career.

"It was something new for us because, in Ukraine, badminton is not a super popular sport," said 18-year-old Stoliarenko.

"But in Indonesia, it was amazing, all people know badminton, all people like badminton players and it's so cool."

After the Indonesia Open, the pair head to Kuala Lumpur to participate in the Malaysia Open beginning June 28, where they are drawn to play Bulgarian sisters Gabriela and Stefani Stoeva.

Zharka and Stoliarenko's determination to keep Ukraine on top of the news agenda is driving them to carry on competing at the highest level, even without a place to call home.

Their target is to break into the world's top 40 and qualify for next year's European Games in Poland.

"We will continue to play badminton with this message so that people around the world don't forget," said Zharka.

"We will try to do our best for our country."