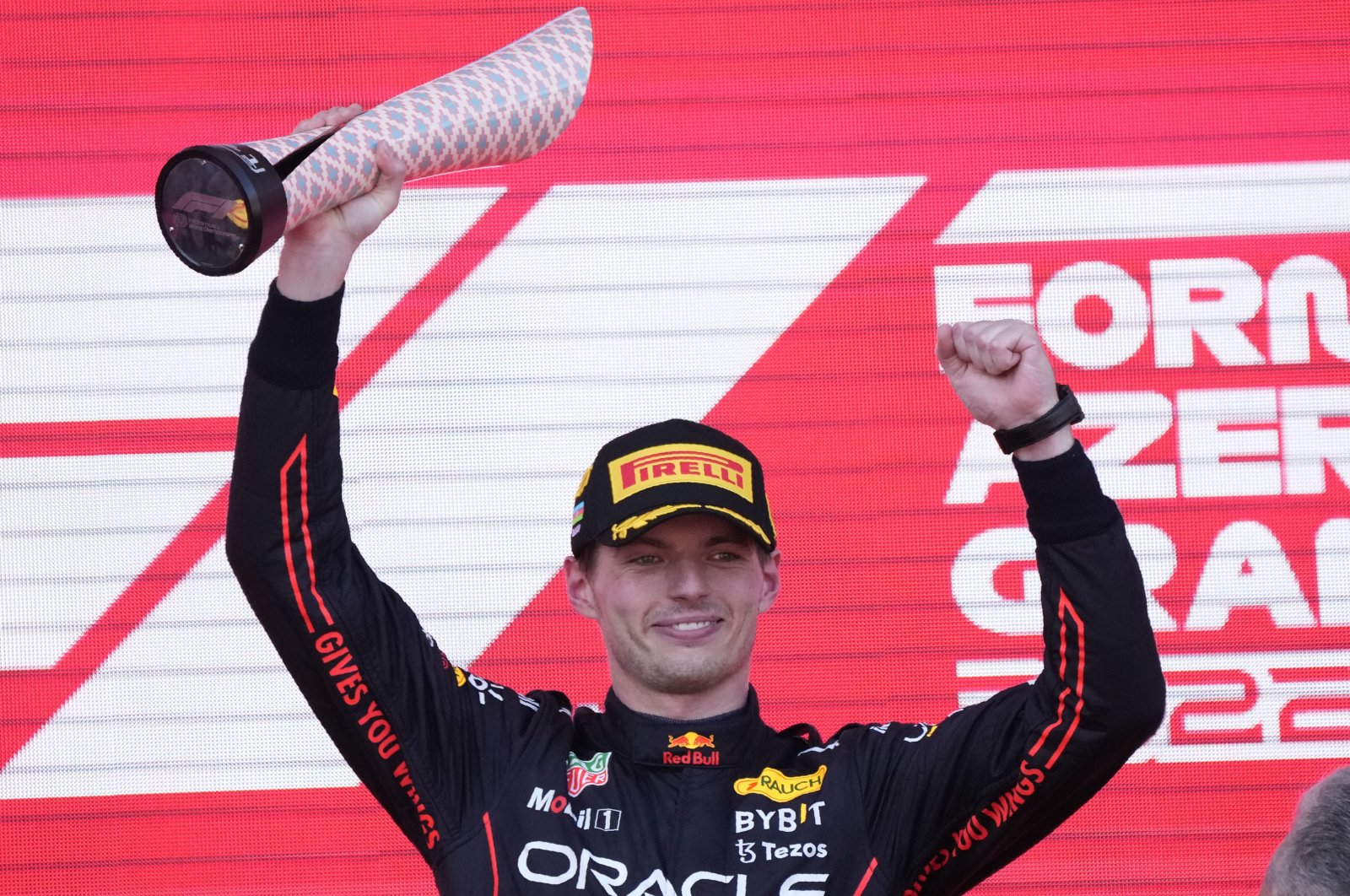 Verstappen's win dealt a severe blow to Ferrari's season after Charles Leclerc's limped out of the race. The Monegasque driver has now been on pole for four straight races without registering a single victory

Defending champion Max Verstappen extended his lead at the top of the Formula One standings with victory in the Azerbaijan Grand Prix on Sunday after rival Charles Leclerc had to again retire his Ferrari.

Leclerc has now been on pole for four straight races but has failed to convert any into wins. He also topped qualifying in Baku last year before a race won by Sergio Perez, who was second this time for Red Bull.

The Mexican, therefore, moved above Leclerc into the second spot in the overall standings, with Red Bull's Verstappen now holding a 21-point advantage after the eighth round of a 22-race season. Perez received an extra point for the fastest lap.

Verstappen said: "Today we had incredible pace in the car. Overall really happy with how the balance of the car was. To have the 1-2 as a team - a really good day for us."

Amid sweltering conditions on the tight 6-kilometer circuit around the old and new city, Perez made a super start to overtake polesitter Leclerc on the first corner.

The second Ferrari of Carlos Sainz then retired with a hydraulic issue after 10 laps, prompting a virtual safety car and a raft of pit stops including for Leclerc.

Red Bull decided to leave its cars out at that stage with the race only lasting 51 laps.

That gave Verstappen the opportunity to pass team-mate Perez for the race lead and Perez then boxed to go back behind Leclerc.

Verstappen pitted after 19 laps and emerged ahead of Perez but with Monaco's Leclerc back at the front.

But just when it looked like he might have a chance of victory, smoke suddenly billowed from the back of the increasingly unreliable Ferrari and Leclerc had to retire - just like in Spain two races ago.

At the last Grand Prix on his home tarmac in Monaco, a pit-stop strategy mistake ruined Leclerc's race.

The engine breakdown this time left Verstappen with an easy procession to a 25th F1 victory and fifth of the season. Even a virtual safety car and resultant pit-stops on lap 34 failed to deny the 24-year-old his first victory in Azerbaijan.

Ferrari and Mercedes were among those to suffer this weekend from bouncing or "porpoising" on the fast Baku straights after teams had appeared to partly fix the issue at previous races following changes in aerodynamic rules.

Mercedes driver George Russell, who says the effect is so "dangerous" he cannot see when to brake, ended up third.

He again outperformed teammate and fellow Briton Lewis Hamilton, with the seven-times champion still impressing in the fourth spot after complaining of a bad back given the bouncing.

AlphaTauri's Pierre Gasly was fifth but team-mate Yuki Tsunoda dropped out of the points after his DRS flap needed to be fixed with tape – possibly breaking due to the porpoising.

Also in the points were Aston Martin's Sebastian Vettel and Alpine's Fernando Alonso, who beat Michael Schumacher's record for longevity with his 7,770th day as an F1 driver, as well as McLaren duo Daniel Ricciardo and Lando Norris and 10th-placed Esteban Ocon.

Canada holds the next race next weekend.