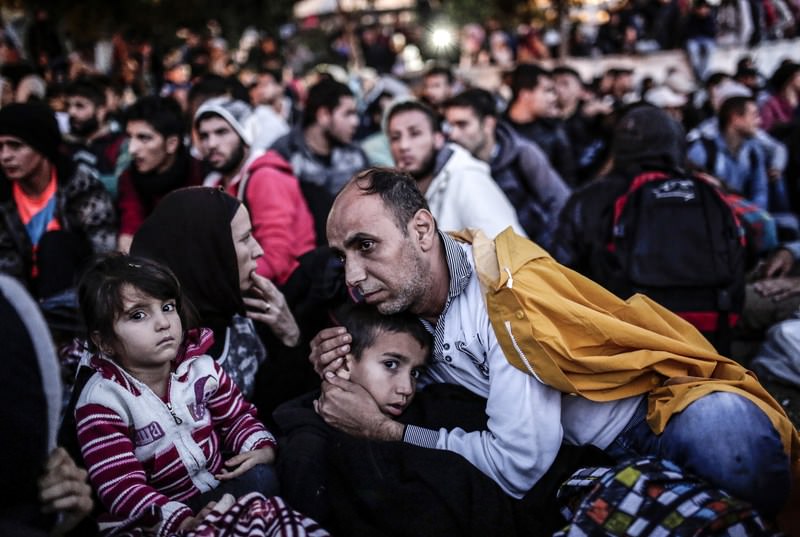 by Anadolu Agency
Oct 01, 2015 12:00 am
EU leaders agree that a common approach between Turkey and Europe is needed in order to solve the refugee crisis, according to a spokesperson of the European Commission.

"In regards to Turkey, the three leaders agreed a common approach was needed to help the country [Turkey] in dealing with [refugee] crisis," Schinas said.

Erdoğan will be in Brussels on October 4-6; he is expected to meet with European Commission President Jean-Claude Juncker and European Council President Donald Tusk.

Schinas said the EU will discuss with Turkey on what kind of an agreement is needed -- "on a single solidarity and mutual confidence framework" -- to arrive at a solution.

EU leaders failed to agree during a summit held last month on how to distribute thousands of refugees across the 28-nation-bloc. Turkey has been singled out as a key country to help solve the crisis, as it is a main source of Syrians trying to reach Europe.

"Turkey played a crucial role in the [European] Council's conclusions because [the] country is highly affected by the refugee crisis and the events in Syria," Schinas said.

"We've done a lot of work to ensure Turkey gets all the support including financial support that it needs to handle the situation," he added.
Last Update: Oct 01, 2015 10:31 pm