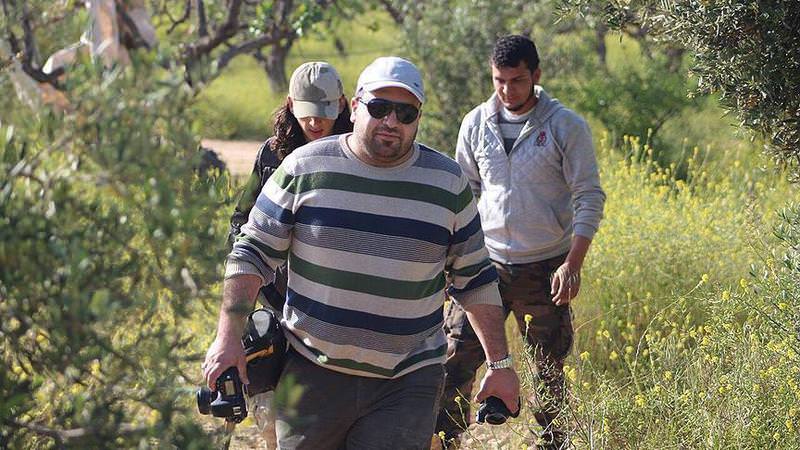 by Anadolu Agency Oct 09, 2015 12:00 am
The United Nations on Friday condemned the killing of Anadolu Agency photojournalist Saleh Mahmoud Laila in an ISIS suicide attack in Syria.

"The UN stands behind the right of all journalists to go about their work without fear of harassment," UN spokesman Farhan Haq told Anadolu Agency.

He added that Secretary-General Ban Ki-moon called for international solidarity in the fight against ISIS.

Laila was killed Thursday in a ISIS car bomb attack in the opposition-held town of Huraytan, north of Aleppo.

The attack at a marketplace killed at least 20 victims, according to local civil defense sources.

"With his photos and stories, Saleh Mahmoud Laila has helped the tragedy in the region and the victims' voices reach the world," Davutoğlu said.

"I condemn the attack that claimed Saleh Mahmoud Laila's life and wish God's mercy upon him and offer my condolences to his family, loved ones and the press community, especially Anadolu Agency.

"I offer my condolences and love to his colleagues at Anadolu Agency that work devotedly in every corner of the world," the PM added.

A ceremony was held in Laila's honor Friday at Anadolu Agency headquarters in Ankara.

"This is an extremely sad situation," Kazanci told assembled journalists. "Laila was only 27 years old. He was newly married and an expectant father."

He added the agency would continue to support Laila's family and find a way to cherish his memory.

"Mahmoud Laila was one of them," he said. "He would risk his life to show the pain in his homeland. His photos are important in the sense that they serve as a historical record."

Laila, 27, had survived an airstrike by regime forces last July in al-Zahraa, a town in Aleppo, suffering multiple burns.

He had been sent to Turkey for treatment and later returned to Aleppo to cover the conflict.

Syria's devastating civil war, now in its fifth year, has claimed more than 250,000 lives, according to UN figures, and caused a security vacuum that paved the way for extremist groups such as ISIS to gain a foothold in the region.