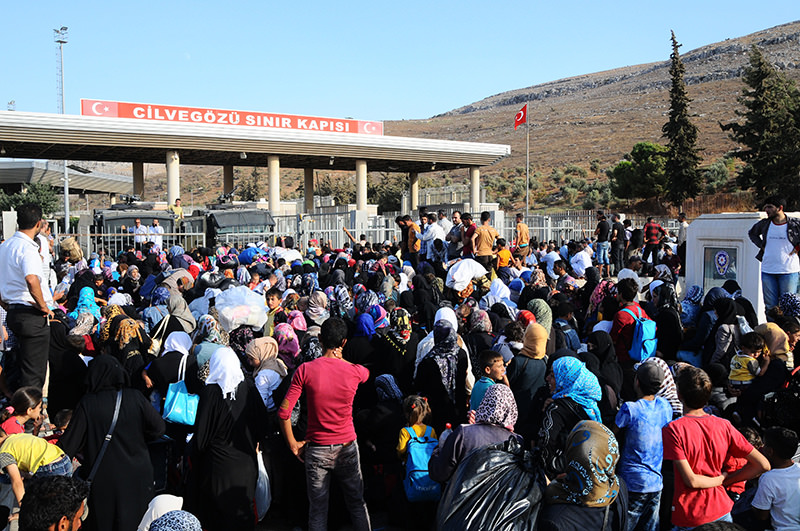 | AA Photo
by Anadolu Agency
Oct 21, 2015 12:00 am
Around 1,000 Syrians believed to be fleeing ongoing Russian airstrikes in Syria have entered southern Turkey's Hatay province within the last one week, Turkish official sources in the province said Wednesday.

The Syrian refugees included women and children, who crossed into Turkey via the Cilvegözü border crossing in Hatay, the sources said.

Majority of the refugees went to houses of their relatives or friends, who arrived earlier in Turkey, the sources added.

Russia began carrying out airstrikes in war-torn Syria on Sept. 30. According to the Kremlin, the strikes are aimed at supporting the Bashar al-Assad regime, an ally of Russia, against Daesh.