UNHCR raises concerns about abuse of women and child refugees 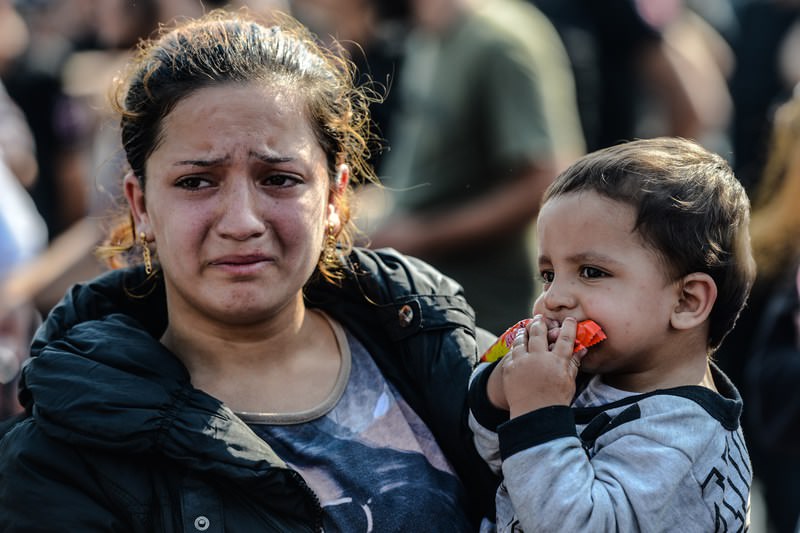 Migrants trying to reach Europe overland from Turkey marched towards the border in September 21, 2015 in Istanbul. (AFP Photo)
by Associated Press Oct 23, 2015 12:00 am
The United Nations refugee agency sounded the alarm Friday about vulnerable women and children who are among hundreds of thousands of refugees pouring into southeast Europe, saying it has received reports that some are being forced into sex to pay their way onward.

The office of the U.N. High Commissioner for Refugees cautioned that it doesn't have a full grasp of how widespread the problem is, but says women and children traveling alone who are short of cash and sleeping in places like parks and train stations are particularly vulnerable. Some authorities, it said, have increased the risk for children by placing them in detention along with adults while they wait for official processing of asylum applications.

People fleeing war and poverty in places like Syria and Iraq have been taking boats to Greece and Italy, then traveling by foot, bus and train north and west to countries like Germany and Sweden.

Spokeswoman Melissa Fleming said some testimonies came from "overcrowded reception sites" such as in Greece, the main point of entry for more than 644,000 people about a third of them women and children who UNHCR estimates have reached Europe this year. She said it is assessing how many children might be affected, but was going public with the concerns to pressure governments along the route to do more to help children.

"This is the stage where we are raising the alarm bell," she told reporters. "This has been gathering."

The extortion of women and children appears to be happening "in every single country" along the route mainly through the Balkans and it appears that smugglers, criminal gangs and other refugees could potentially be behind the abuse, she said.

"We are calling on all concerned national authorities in Europe to take measures to ensure the protection of women and girls and children," she said.

Fleming said one colleague in Greece was spending time walking up and down rows of people arriving to make sure "vulnerable people are identified." She said another colleague in Sweden where a more open policy toward refugees has made it a top destination said that 500 unaccompanied minors recently were arriving each day.

"You're seeing these desperate cases of parents sending their children ahead at really young ages," Fleming said.

UNHCR has acknowledged the difficulty in counting what it calls "unaccompanied and separated children" much less knowing how many have been abused.
Last Update: Oct 23, 2015 9:24 pm
RELATED TOPICS