EU leaders to meet in Paris to discuss Syria 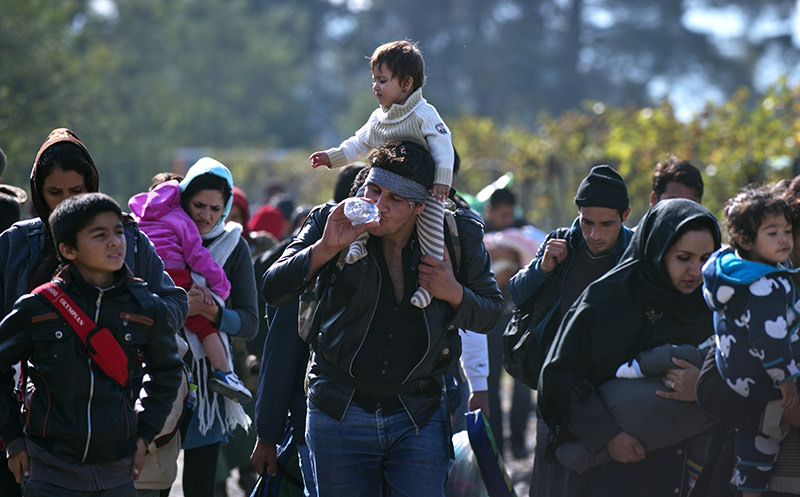 Migrants walk to cross the Greece-Macedonia border near Gevgelija on October 27, 2015 (AFP Photo)
by Compiled from Wire Services Oct 27, 2015 12:00 am
Representatives from nearly a dozen countries will meet in Paris on Tuesday evening to discuss the crisis in Syria, the French Foreign Ministry said.

In a statement, Foreign Minister Laurent Fabius said he would meet for a working dinner with France's "main partners" in the crisis, including Saudi Arabia, the United Arab Emirates, Jordan, Qatar, Turkey, Germany, the US, Italy and Britain.

"They will discuss the means of engaging in a political transition to a united, democratic Syria that is respectful of all communities, and the reinforcement of actions against terrorism," the ministry said.

Tuesday's meeting will feature mainly lower-rung officials, with the United States sending its deputy secretary of state Tony Blinken in the place of his boss, John Kerry.

Britain said it was "unlikely" that Foreign Secretary Phillip Hammond would take part.

France was not included in four-way talks on Syria between Russia, the United States, Saudi Arabia and Turkey which took place on Friday.

A Russian spokesman said those four countries were working on organising another possible meeting this Friday in Vienna.

It remains highly unlikely that Russia, Syria's ally, would allow such a measure, which comes amid Western criticism of Moscow's dramatic intervention in the war to support Assad.