Refugee crisis can only be solved with EU, Turkey working together, says Germany's Merkel 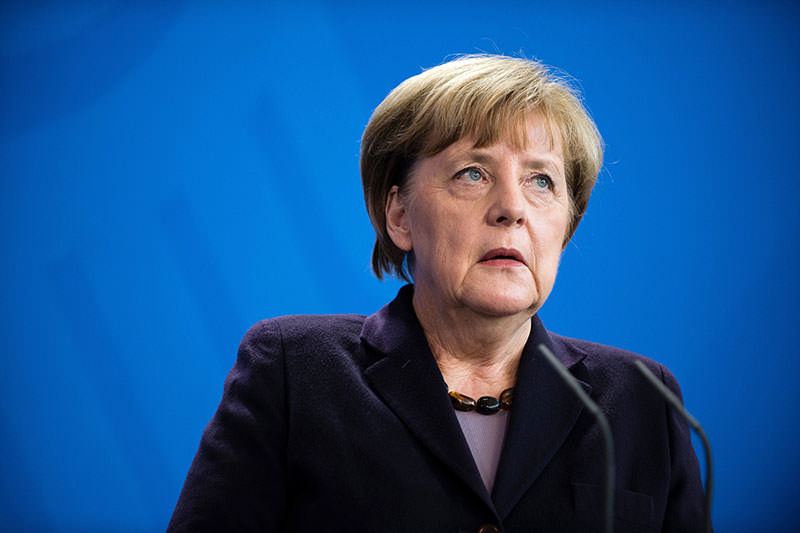 Angela Merkel speaks during a press conference after talks with President of Honduras Juan Orlando Hernandez (unseen) at the Federal Chancellery in Berlin, Germany, 27 October 2015. (EPA photo)
by Associated Press Oct 27, 2015 12:00 am
Europe's refugee crisis can only be solved "step by step" with EU nations and Turkey working together, German Chancellor Angela Merkel said Tuesday, dismissing the latest jab from a prominent domestic critic.

Merkel's comments came after Bavarian governor Horst Seehofer, who for weeks has called her decision last month to let in migrants from Hungary a mistake, called for action this week from the national government in Berlin to reduce the migrant influx. He also urged her to complain to neighboring Austria about the uncoordinated flow of new arrivals it is sending to his region.

Merkel has stuck to a positive message in the face of criticism from Seehofer, who leads the Christian Social Union the Bavaria-only branch of her conservative bloc and an often-awkward ally. Recent polls indicate that support for the conservative bloc is down slightly and that Merkel's popularity, though still healthy, also has slipped.

Merkel is insisting "we will manage" the influx of newcomers and says it's not feasible to seal off Europe in the Internet age. She has tried to get other European Union countries to share the burden.

All of Germany's border with Austria, for which federal authorities are responsible, is in Bavaria. The state government has said it reserves the right to complain to Germany's highest court if Berlin doesn't take effective measures to limit the influx.

"We cannot flip the switch in one go we must proceed step by step," Merkel retorted Tuesday.

She said she's convinced the number of refugees can only be reduced by acting together with Turkey, Greece and the EU, and tacking the roots of the crisis.