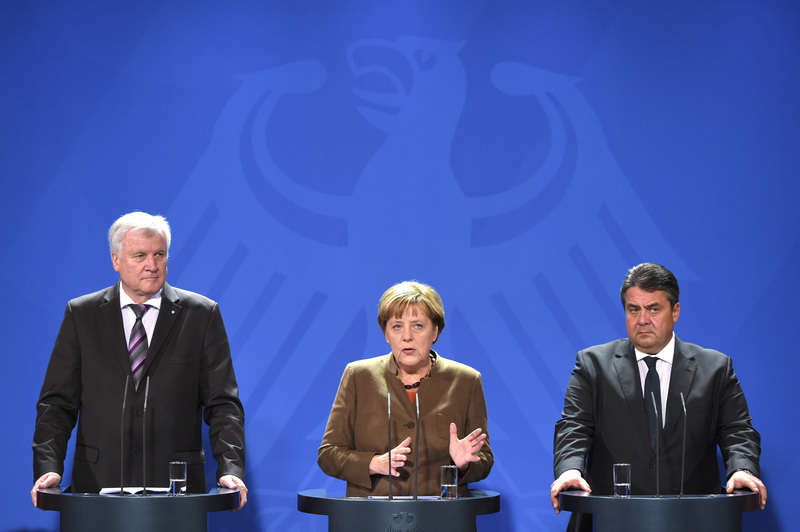 There will be three to five centers for people who come from countries considered "safe," such as Balkan nations including Albania and Kosovo, and those who are uncooperative with authorities, among others, Merkel said after coalition leaders met.

The aim is for applications to be processed within a week rather than the several months they usually take and for possible appeals to be handled in another two weeks.

Such migrants would be entitled to benefits only if they go to such centers, and would generally be obliged to stay within the county where they are located. Those who break that rule would have their asylum application suspended after a first offense and be deported following a second offense.

Faced with large numbers of refugees from Syria's civil war in particular, politicians have been keen to deter and speed up processing of people from the Balkans, who came in large numbers earlier this year and are rarely granted asylum.

Thursday's agreement is a compromise after the coalition of Germany's biggest parties argued for weeks over a call from the Christian Social Union, the Bavarian branch of Merkel's conservative bloc, for "transit zones" at the border to weed out migrants with no realistic asylum claim. The center-left Social Democrats said that would effectively entail interning large numbers of new arrivals, and would be impractical.

The coalition partners also agreed that some migrants who are allowed to stay in Germany shouldn't be allowed to bring relatives to the country for two years.

Figures released earlier Thursday showed that authorities registered 181,000 asylum-seekers entering Germany in October, bringing the figure for 2015 so far to 758,000.

That's close to the Interior Ministry's forecast from August that 800,000 would arrive this year. The ministry isn't updating that figure, arguing that doing so could be misconstrued as an invitation. However, Vice Chancellor Sigmar Gabriel has said, and repeated Thursday, that 1 million could come.

The government also wants to curb the number of people arriving from Afghanistan. Merkel raised the idea of setting up "protection areas" inside that country, but didn't elaborate.
Last Update: Nov 06, 2015 12:01 am
RELATED TOPICS