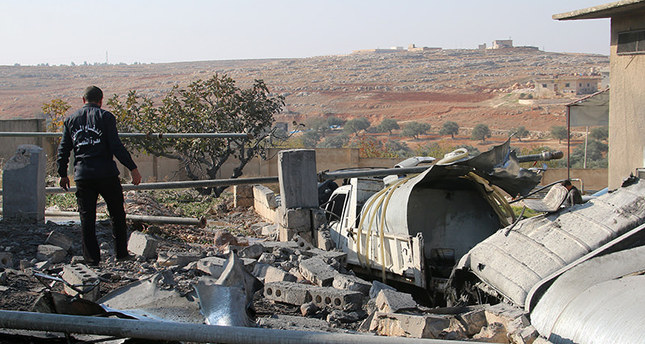 The sources also said that scores of people were injured in the airstrikes on Binnish town.

At least five Russian airstrikes have targeted humanitarian aid trucks coming from Turkey to aid Syrian refugees in the past two days.

Russia began air operations in Syria on Sept. 30 with the aim of supporting the embattled regime of Bashar al-Assad.

While the Kremlin says the airstrikes target the Daesh militant group, some members of the NATO alliance believe Russia is targeting groups opposed to Assad, including some supported by the U.S. and Turkey.

Share on Facebook Share on Twitter
Previous in Syrian Crisis No U.S.-led coalition airstrikes against Daesh positions in Syria... Next in Syrian Crisis At least 20 civilians, including women and children, were killed Friday...
DAILY SABAH RECOMMENDS