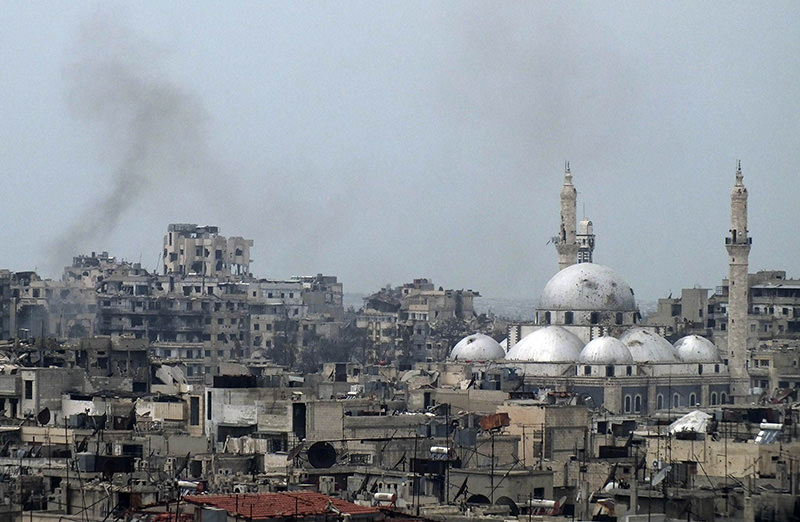 by Dec 01, 2015 12:00 am
A deal has been reached for the evacuation of Syrian opposition fighters from the last district under their control in the central city of Homs, the provincial governor told AFP Tuesday.

"All the rebels will leave Waer (district) within two months. A group of 200 to 300 armed men will leave in the first step, which will begin on Saturday," Talal Barazi said.

He said the first stage of the deal would last a week and would see "some heavy and medium weapons turned over to authorities."

Some families of rebels will also leave.

Eventually, some 2,000 fighters will leave Waer.

In return, the regime will end its military operations against the district, which is a frequent target of shelling, and lift its siege on the neighborhood.

After the evacuation is complete, regime police, but not troops, will reenter the area, Barazi said.

"We have agreed to keep the peace and end military operations to create the right circumstances to apply the deal," he added.

The agreement was reached after a meeting Tuesday between Barazi and representatives of rebel groups present in Waer, as well as civil society groups for the district.

A UN delegation, as well as representatives of UN special envoy Staffan de Mistura, also attended the meeting. It was unclear if they were sponsoring the negotiations or overseeing implementation of the deal.

It was the only part of the city to remain in the hands of the rebels after opposition forces were evacuated from the Old City in May 2014.

Their withdrawal came after a siege of two years and daily shelling and combat that devastated the Old City of what was once dubbed "the capital of the revolution."

The deal that led to the rebel withdrawal was overseen by the United Nations.
Last Update: Dec 01, 2015 11:39 pm
RELATED TOPICS