Russia to establish second airbase in Syria, double the number of aircraft 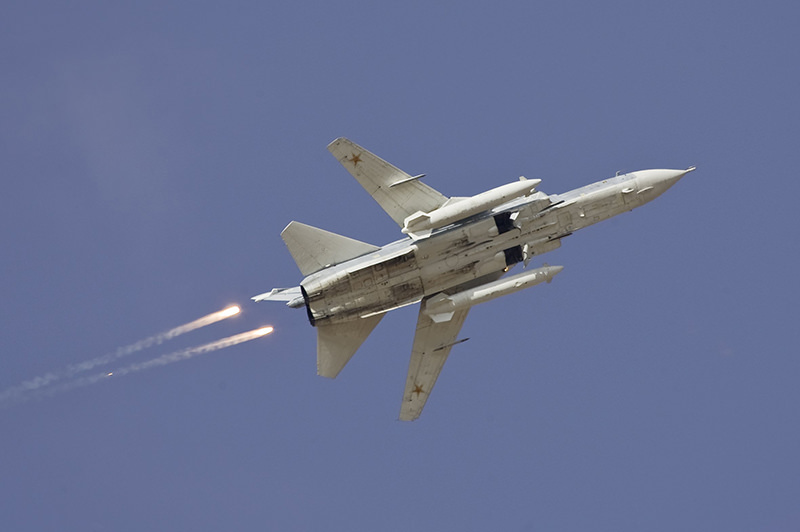 | Reuters Photo
by Daily Sabah Dec 01, 2015 12:00 am
Russia is establishing its second base in Syria near Homs according to an article published by British daily The Times on Tuesday, as part of its recent attempts to increase and solidify its military presence in the war-torn country. Homs is a key city connecting the coastal parts with the capital Damascus.

According to the article, Russia is sending military personnel and equipment to al-Shayrat airbase located some 25 kilometers southeast of Homs. With the new airbase, the Russian air force deployed in Syria is expected to double in the number of aircraft.

The airbase has already been hosting Russian attack helicopters, however, Russians started to expand the base about a month ago which currently has around 50 to 60 Russian soldiers, 10 airplanes and 15 helicopters. An additional 1,000 soldiers will be deployed in the airbase, the article said.

Once Syria's third largest city, Homs is one of the most devastated cities of Syrian civil war as regime forces destroyed most of the city center in clashes to regain the city after 3-years of rebel control in 2014.