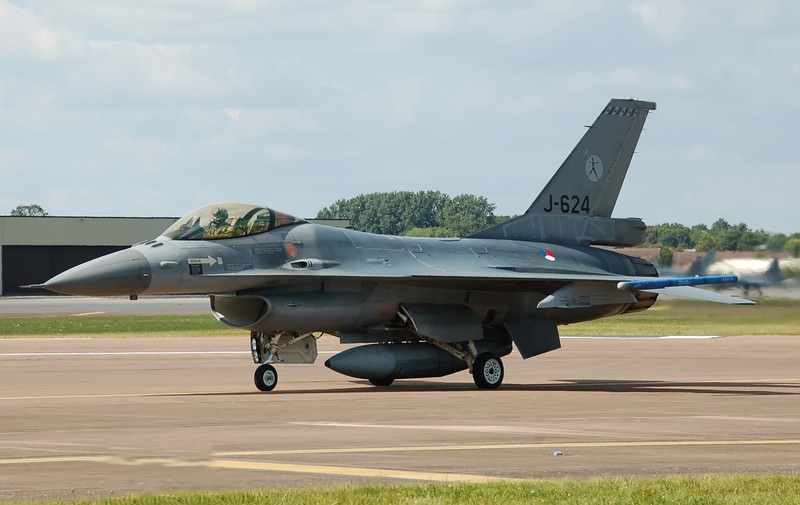 by Daily Sabah with AFP Dec 04, 2015 12:00 am
Pressure is mounting on the Netherlands to join US-led air strikes against Daesh terrorist organization in Syria, with several lawmakers late Thursday joining calls for a bombing campaign.

The Dutch cabinet however said it will reach a decision to take part in the US-led operation only once "all military and political aspects" of the Syrian conflict had been discussed.

"As far as we are concerned it's high time action is taken against Daesh in Syria," Raymond de Roon of the far-right Freedom Party (PVV) told a late-evening meeting of Parliament's Commission for Foreign Affairs.

"It will be good to see a stop being put to Daesh's Syrian pipeline," added Han ten Broeke, lawmaker for Prime Minister's Mark Rutte's People's Party for Freedom and Democracy (VVD).

Four Dutch F-16 jet fighters have been pounding Daesh terrorists in Iraq since October last year, but The Hague at the time said it would not carry out air strikes over Syria without a UN mandate.
Dutch Foreign Minister Bert Koenders told the meeting that requests have been received from both France and the United States to join the coalition in bombing Daesh in Syria.

"The Netherlands is a small country that's been very active in the fight against Daesh," he said.

"But we can only make that decision once all military and political aspects in Syria have been properly weighed," said Koenders, who indicated it may still take some time.

Dutch top military commander, General Tom Middendorp has been calling for air strikes to broaden out into Syria.

"There has been a strong call from the international coalition to deal a blow against Daesh," Middendorp told lawmakers earlier on Thursday.

"Bombing Daesh in Iraq is a bit like treating the symptoms of the disease and not the disease itself," he added.

Observers say Britain's decision on Wednesday to join the US-led bombing campaign over Syria added further pressure on the Dutch to join the campaign.
Last Update: Dec 04, 2015 2:28 am
RELATED TOPICS