Strikes carried out by Syrian regime or Russia kill 28, including children, school principal 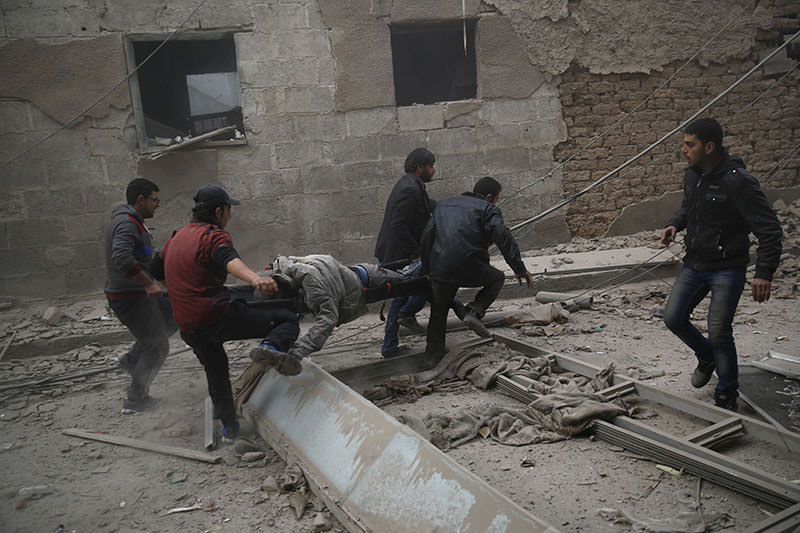 Syrians evacuate victims following air strikes on the town of Douma in the eastern Ghouta region, opposition stronghold east of Damascus, on Dec 13, 2015 (AFP photo)
by Dec 13, 2015 12:00 am
Air and missile strikes on a school district and other areas in opposition-held Damascus suburbs killed at least 28 people on Sunday, including two children and a school principal, a group monitoring the Syrian war said. 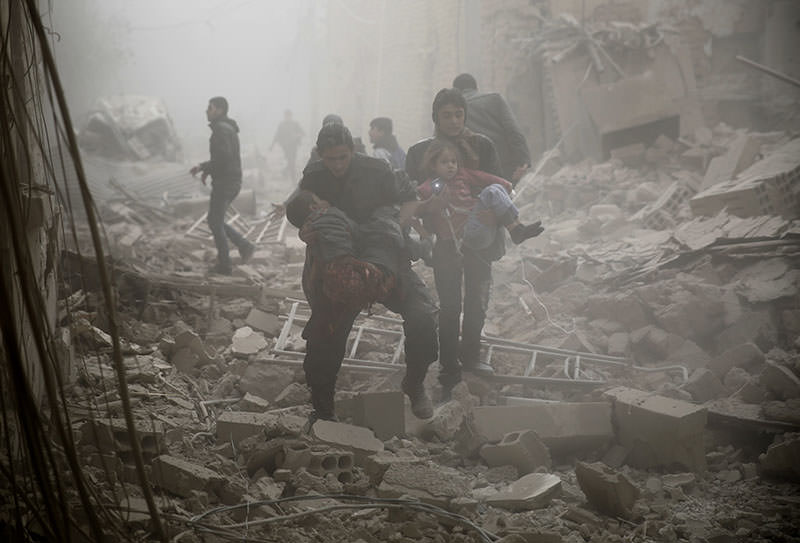 The areas have been under heavy bombardment in recent months. The Syrian army has said its strikes target opposition groups that have launched attacks on government-held areas.

The Observatory, which gathers information from a network of contacts on the ground, said at least 40 mortar bombs fired by opposition in the eastern suburbs hit Damascus on Sunday, killing at least one child and wounding several. 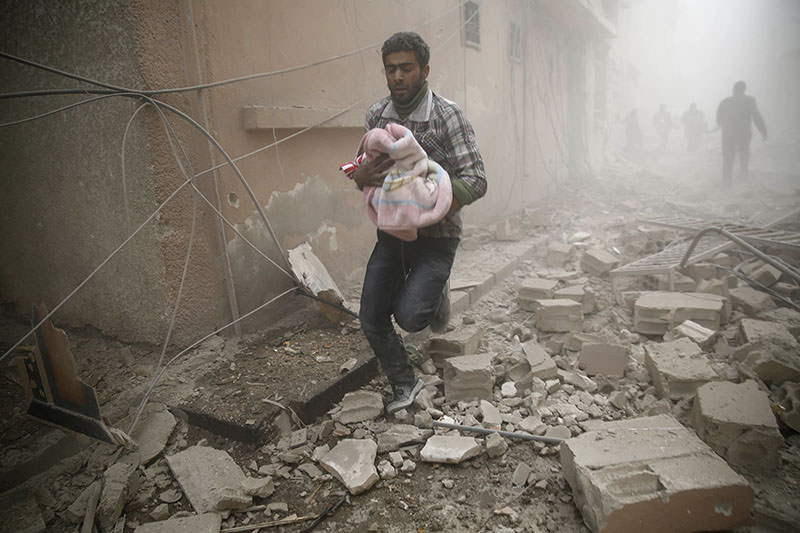 State news agency SANA said three civilians had been killed and at least 30 wounded, in mortar attacks targeting residential neighbourhoods of Damascus. Most of the victims were school students, it said, citing its reporter in the area.