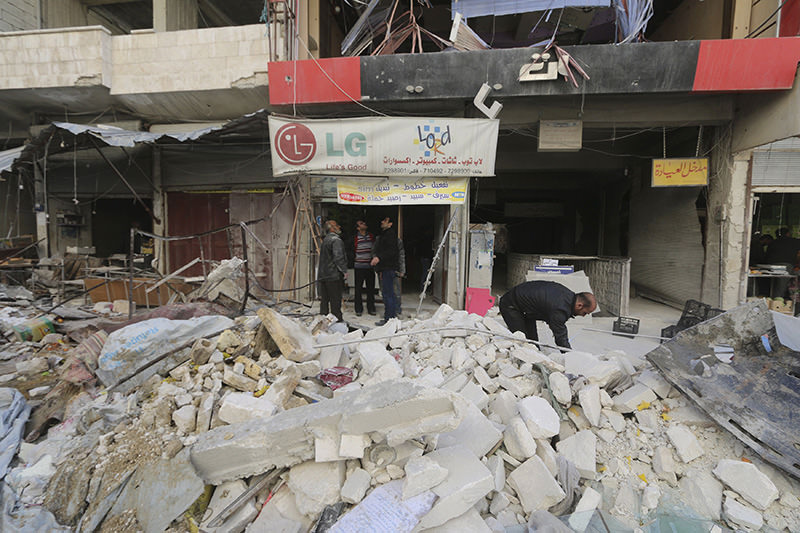 Airstrikes carried out by the Russian air force on a busy market place in the town of Ariha, in Idlib province, Syria November 29, 2015 (Reuters Photo)
by Daily Sabah with AFP Dec 15, 2015 12:00 am
At least 39 civilians were killed Tuesday in suspected Russian air strikes on two markets in northern Syria, a monitoring group said.

The raids killed 16 civilians at a market for fuel in Maarat al-Naasan, a village in the Idlib province, according to the Syrian Observatory for Human Rights.

Another 23 civilians, including five women, were killed after strikes on a village held by Daesh in the northern Aleppo province.

Observatory head Rami Abdel Rahman told AFP four IDaesh militants were also killed in those raids on the village of Maskana, which hit a market as well.


Both tolls were likely to rise as many people were critically wounded, the Britain-based monitor said.

The Observatory relies on a network of sources on the ground to collect its information, and identifies aircraft based on their flight patterns and munitions used.