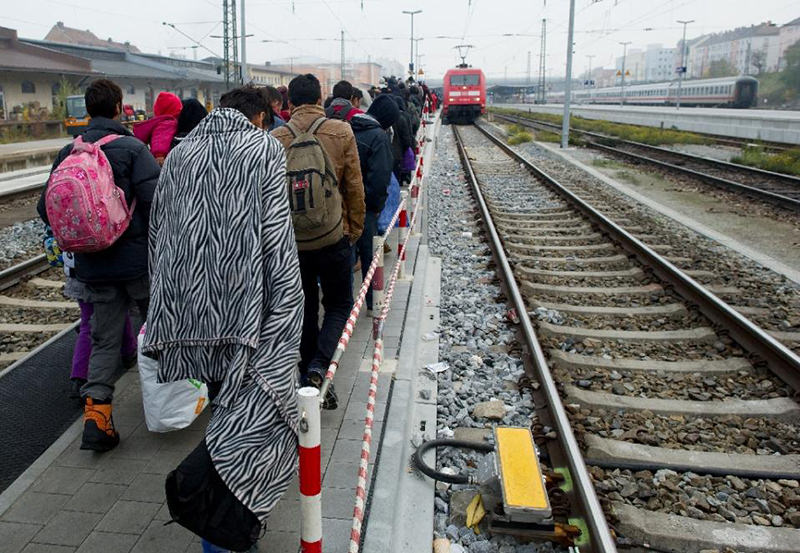 Germany registered more than 758,000 asylum seekers from January to October this year, the interior ministry says (AFP Photo)
by Associated Press Dec 21, 2015 12:00 am
Germany has deported almost twice as many failed asylum seekers this year as last.

By the end of November, authorities had deported 18,363 people whose asylum request had been rejected, compared to 10,884 in all of 2014. Most of them were from western Balkan nations.

A spokesman for the Interior Ministry says the significant rise can be partly explained by the sharp increase in the number of people seeking asylum in Germany this year.

But the spokesman, Johannes Dimroth, told reporters in Berlin on Monday that the trend is also affected "by the states' increasing willingness to carry out these procedures."