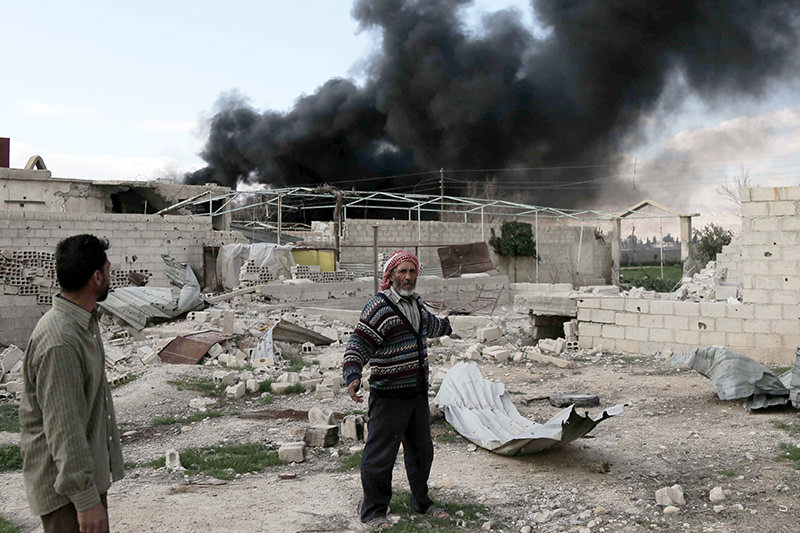 by Daily Sabah with Reuters Mar 05, 2016 12:00 am
A total of 135 people were killed in the first week of a fragile truce in Syria in areas covered by the cessation of hostilities agreement, the Syrian Observatory for Human Rights (SOHR) said on Saturday.

In areas not covered by the ceasefire, which came into force on Feb. 27, 552 people were killed, the Britain-based Observatory that monitors the country's five-year-old civil war said.

Terrorist groups such as Daesh and the Nusra Front were excluded from the ceasefire and the U.S. led coalition continues targeting Daesh with airstrikes.

Since February 27, the Assad regime, backed by the Russian airforce, has committed large scale violations by striking the areas controlled by the opposition forces.
Last Update: Mar 06, 2016 4:04 pm
RELATED TOPICS