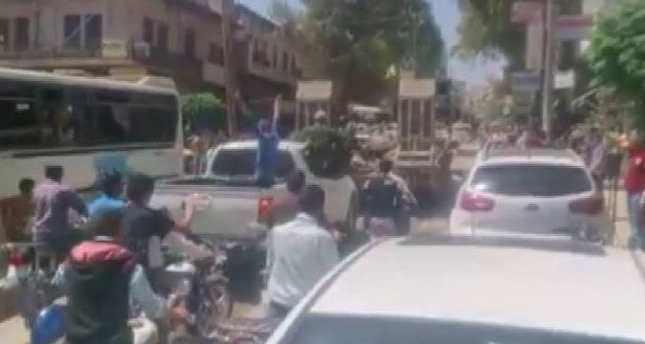 The spokesperson said the State Department strongly condemns YPS/PYD's behavior without any hesitation, which only serves to heighten the tension between groups in Western Syria. Toner added that the fighting between YPG/PYD and the opposition forces is destabilizing and counterproductive.

Toner also said that the US has not provided any support to Kurdish groups in Afrin and expressed its concerns about the human violations to the YPG/PYD.

According to local sources and FSA commanders, who spoke on condition of anonymity said that the terrorist PYD group repelled the FSA fighters, and later brought the corpses of around 50 dead FSA fighters to Afrin, near to Ayn-Dakna.

A resident of Afrin told Anadolu Agency that the PYD transported the bodies in an open-topped trailer. The militants also reportedly posted the images on social media. Video footage purported to show PYD terrorists putting the bodies on an open-topped trailer and parading them in the streets of Afrin. The authenticity of the footage could not be independently verified.

The sources added the FSA fighters who died in the fighting were from Tel Rifaat. They added there was previously no Kurdish presence in the district.

The PYD already controls most of northern Syria – along the border with Turkey – and is preparing to declare a federal system, as a PYD spokesman declared in March.