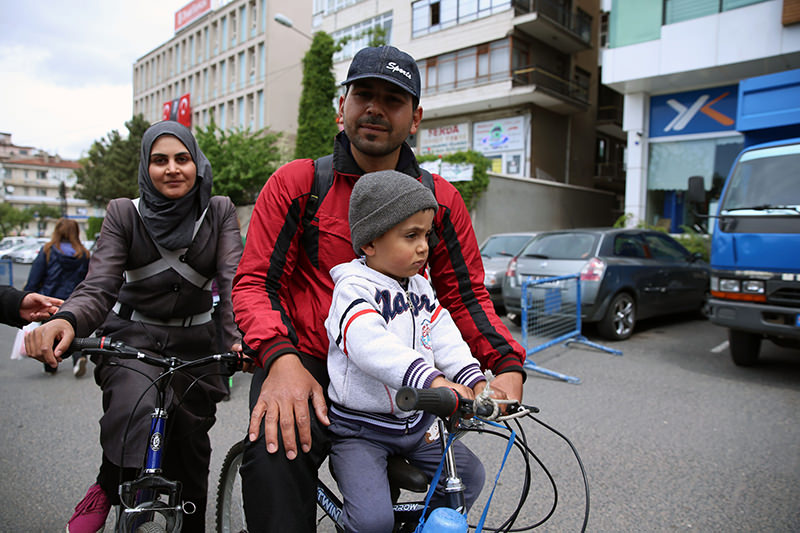 A Syrian family that aimed to cycle nearly 1,200 kilometers to Ankara to thank President Recep Tayyip Erdoğan in person 'for embracing Syrian refugees' finally reached their destination after 23 days of pedalling.

The family said that they had visited many refugees and Syrian students along the way and had collected their thank-you messages in a notebook.

30-year-old Mulhem al-Said, the father of the family, said that he also wanted to share a poem he wrote for President Erdoğan

The family fled the five-year civil war and settled in Midyat in 2013.

The distance between Midyat and Ankara is about 1,100 kilometers (683 miles).

Thursday's destination was Şanlıurfa and the family met officials of a religious school in Viranşehir district and took thank-you letters penned by Syrian students there.

Working as a teacher in Mardin, Said said they set out to convey their wishes to Erdoğan and continued: "No country [helped] Syrians other than Turkey; we set out to show our appreciation, visiting districts and provinces and are taking demands and thanking letters from teachers and students there."