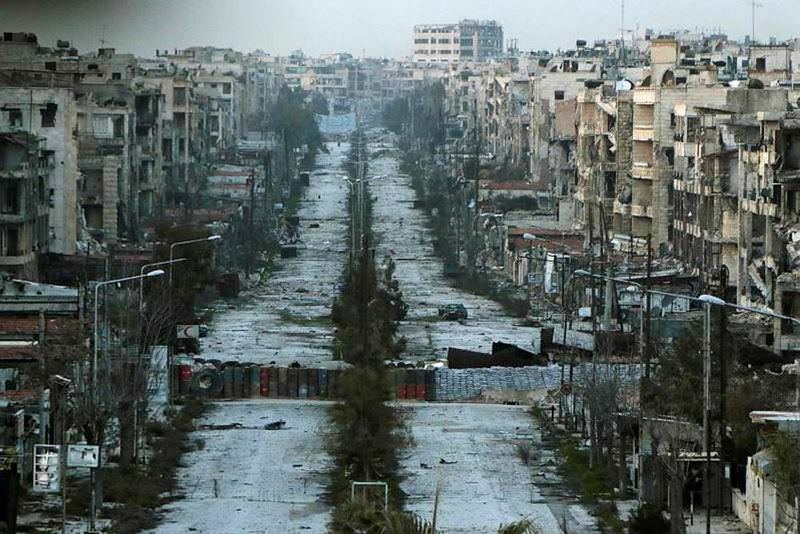 Aleppo seems like a ghost city after heavy clashes and air-strikes, residents say. (Reuters Photo)
by Daily Sabah with Wires May 12, 2016 12:00 am

The Syrian army shelled opposition-held areas in Aleppo even before the expiry at midnight on Wednesday of a Russian- and U.S.-brokered ceasefire.

A local truce took effect in Aleppo last Thursday after a surge in fighting in the city killed more than 300 people and threatened to unravel a nationwide ceasefire between government forces and moderate groups in force since February. The truce has led to a sharp reduction in the death toll. Rebel rocket fire on government neighborhoods killed three civilians on Sunday but otherwise it has largely held. It has been extended twice after 11th-hour diplomatic intervention by the major powers but there was no immediate word of any new extension ahead of Wednesday's expiry time.

Residents of the city are worried as the fight may re-launch any time. Since people have limited access to food, clean water and medical equipment, a new migration wave to Turkey is possible.

States backing Syria's peace process must stop the warring parties from attacking unlawful targets such as hospitals and other civilian sites, U.N. war crimes investigators said in a statement on Wednesday. Air strikes, shelling and rocket fire had been consistently used in recent attacks on civilian areas, the U.N. Commission of Inquiry on Syria said in a statement. "Failure to respect the laws of war must have consequences for the perpetrators," its chairman, Paulo Pinheiro, said. "Until the culture of impunity is uprooted, civilians will continue to be targeted, victimized and brutally killed."

International law requires all parties to the conflict to distinguish between lawful and unlawful targets, but that distinction had been ignored and some recent attacks had been war crimes, the statement said. It cited an attack on the al-Quds hospital in Aleppo governorate on April 27 and other attacks on nearby medical facilities, and air strikes on markets, bakeries and a water station, as well as the May 5 attack on a refugee camp in Idlib.