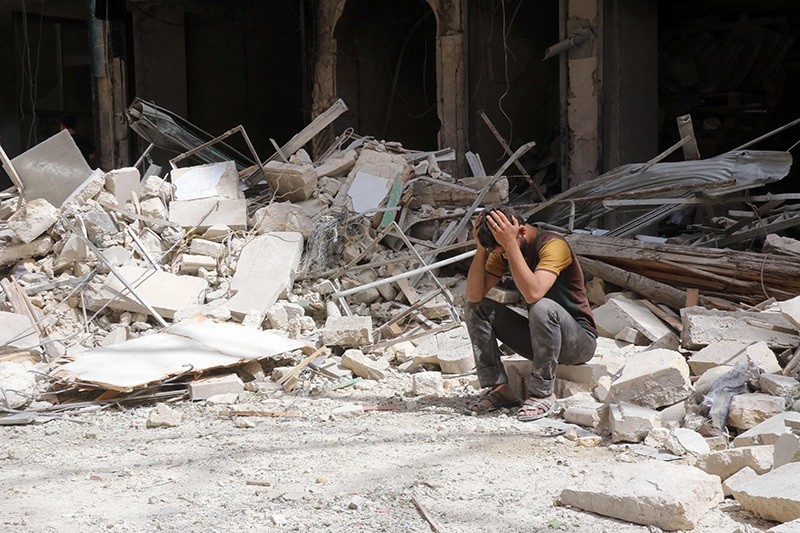 "The regime air force, as far as we can tell, is basically a criminal enterprise dropping barrel bombs and attacking civilians under the pretext of attacking Nusra," Brett McGurk said during congressional testimony referring to the Nusra Front, al-Qaeda's Syrian branch.

"So long as this is going on it's a petri dish for extremist organizations," he added during a Senate Foreign Relations hearing.

The U.S. has been trying to buoy a fragile cessation of hostilities agreement that was brokered in February. Under the accord, Syria's warring parties are to refrain from military action, but Nusra and Daesh are excluded from its protections.

Assad and his principal military ally, Russia, have maintained that their efforts are targeting terrorists, including Nusra and the groups that work with it.

But critics, including the U.S., have alleged that the real targets are Syrian rebels fighting Assad's forces.

McGurk added that Iran has recently surpassed Russia in its influence with the Syrian government, and questioned whether Moscow has a long-term strategy for the war-stricken country.

"I frankly don't think they [Russia] have one," he said. "They came in to try to bulk up the Assad regime, and then I thought they could find the glide-path out of Syria, but that's really not proven to be the case."

McGurk maintained that the only way to end the conflict is to achieve a political transition.

But Russian and Iranian battlefield support for Assad has strengthened his hand at the negotiating table, complicating diplomatic efforts to see him removed from power.

The U.S. is leading more than 60 nations in an international campaign to defeat Daesh in Iraq and Syria.

In Syria, an ongoing offensive to retake the strategic city of Manbij, which the coalition is supporting with airpower and advisors, is intended to isolate Daesh's self-proclaimed Syrian capital, Raqqa, McGurk said.

"The Manbij operation is going on right now. It's hard fighting," he said. "Once that is done that sets the conditions for Raqqa."