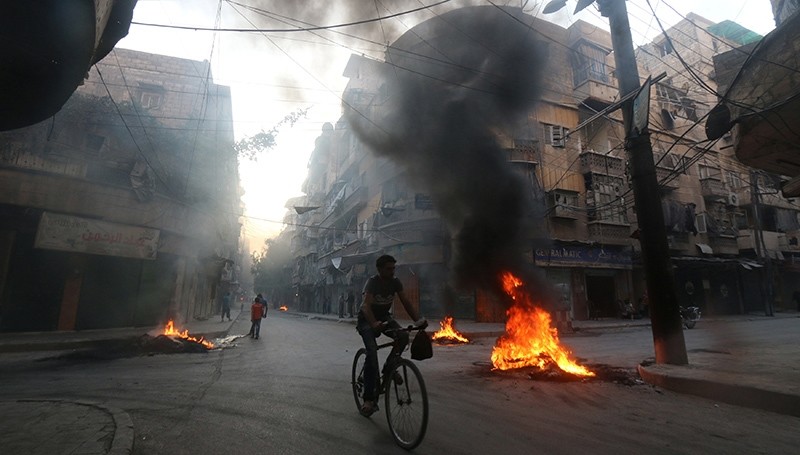 A man rides a bicycle past burning tyres, which activists said are used to create smoke cover from warplanes, in Aleppo, Syria August 1, 2016 (Reuters Photo)
by Anadolu Agency Aug 02, 2016 12:00 am

Ten civilians were killed and another 17 injured on Tuesday when Russian warplanes struck a town in Syria's northern Aleppo province, according to local civil defense sources.

Several residential buildings and vehicles were also damaged during the airstrikes, the same source said.

Syria has been locked in a vicious conflictsince early 2011, when the Assad regime cracked down on pro-democracy protests -- which erupted as part of the Arab Spring uprisings -- with unexpected ferocity.

Since then, more than a quarter of a million people have been killed and more than 10 million displaced across the war-battered country, according to UN figures.

However, the Syrian Center for Policy Research, an NGO, has put the total death toll from conflict -- now in its sixth year -- at more than 470,000.