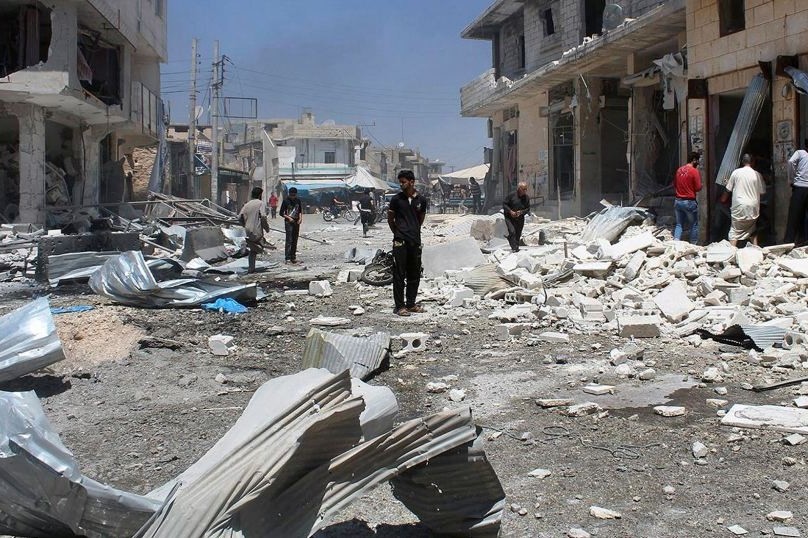 A United Nations official lamented his institution for remaining insufficient to being able to prevent the worsening humanitarian situation as a yet another plan for humanitarian aid was drafted. The deterioration of the situation and continuing clashes could lead to a new wave of migration

A senior U.N. humanitarian official has lamented the world body's failure to achieve its target goals in war-ravaged Syria. Jan Egeland, an adviser to U.N.'s special envoy to Syria, says only 40 percent of planned humanitarian relief was delivered in June and July. He said the U.N. had hoped to reach 1.2 million people over the last two months, but fell well short of that target. Egeland says there is "fighting in too many places, and that affects the besieged towns more than anything else." Speaking on Thursday in Geneva, Egeland also said the U.N. is prepared to send aid to the contested city of Aleppo as soon as fighting pauses.

The last delivery to the opposition-held half of the city, home to an estimated 300,000 people, was in June. The United Nations said on Thursday that intensive diplomacy was going on to try to agree a humanitarian pause in the fighting in the Syrian city of Aleppo, and it hoped to see an agreement for a comprehensive humanitarian plan in the next few days. The battle for eastern Aleppo, pitting besieged rebels against Syrian, Russian and Iranian-backed forces, has erupted amid a diplomatic vacuum and no sign of a breakthrough in a U.S.-Russian efforts for a deal to unlock a new round of peace talks.

"There is still time, we cannot give up hope. Bear with us and I think in next few days there might be some movement," U.N. Deputy Special Envoy for Syria Ramzy Ezzeldin Ramzy told reporters in Geneva. Ramzy said U.S.-Russian negotiations were ongoing and the United Nations was still committed to its goal of holding a new round of talks between the Syrian government and opposition towards the end of August. The United States and Russia were in intensive discussions to "shore up" Syria's collapsed nationwide truce and their military experts were still trying to agree a cooperation plan "that would unlock the entire solution", Ramzy said.

"We continue to believe that no one has an interest in further escalating the military situation in Aleppo in a way that would impede humanitarian aid and also impede chances of political settlement," he said. "We need to do something about Aleppo and very quickly. There is still a chance for that in the next days." He was speaking after a weekly meeting of the Syria humanitarian taskforce, and a week after Russia wrongfooted the U.N. by unveiling a plan for humanitarian corridors and the evacuation of Aleppo's civilians. "We are in intensive discussions with the Russian Federation and the government of Syria to ensure that the civilian population in Aleppo is protected and that standards of international humanitarian law are respected in any operation of humanitarian assistance," Ramzy said.

The worsening humanitarian situation indicates that a new wave of migration is possible. Last year, hundreds of thousands of refugees headed toward the Turkish-Syrian border following offensives by the regime forces of Syria's Bashar Assad against western Aleppo, which has continued for weeks with the support of Russian airstrikes. Aleppo was once again the target of the regime last summer, and thousands of refugees fled toward the border following the regime's violence. The International Committee of the Red Cross (ICRC) warned that the intensification of fighting threatens to cause a humanitarian disaster for millions of people. The overall level of violence in Syria was significantly reduced in the days following the declaration of a partial nationwide truce in February. But the latest round of Syrian peace talks, which ended in Geneva last month having made little progress, were marred by the drastic escalation of fighting in Aleppo and elsewhere.
Last Update: Aug 05, 2016 1:38 am
RELATED TOPICS