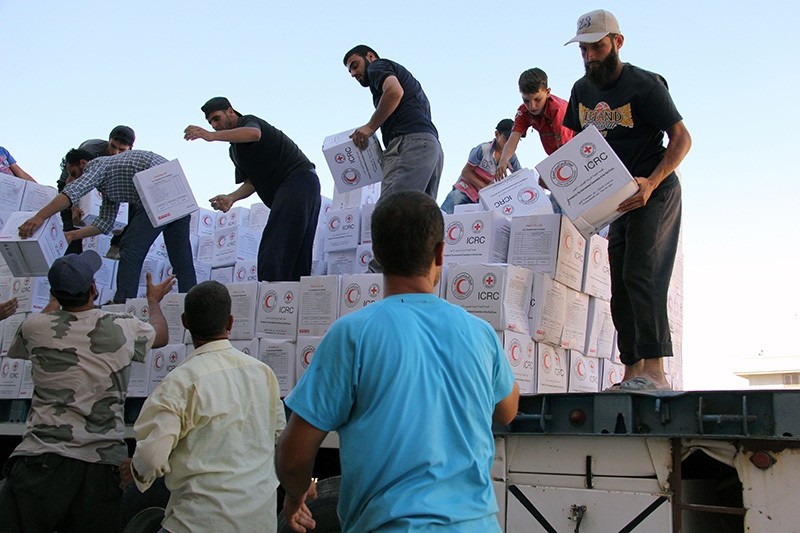 The United Nations and its partners are "ready to roll" with aid to Syrians in besieged areas, but the deteriorating security situation in the country is keeping it from being delivered, the U.N. humanitarian chief said Tuesday.

Undersecretary-General Stephen O'Brien said that attacks have left nearly 2 million Syrians without access to electricity and the public water system, while food and medicine stocks are running dangerously low.

"We have supplies ready to roll, food rations, hospital supplies, ambulances, fuel for generators, water supplies and more," O'Brien said after briefing the Security Council. "We could deliver these within 24 to 48 hours if we have safe access."

O'Brien said the targeting of hospitals and clinics has continued unabated in the conflict, now in its sixth year.

"The security situation has been too grave, too difficult even for the very, very brave U.N. and humanitarian partners — people on the ground who are determined to deliver. They are brave but they are not suicidal, we have to have security conditions in place, O'Brien added.

He said Security Council members seemed receptive to his call for a weekly 48-hour humanitarian pause but that the details must still be worked out.

Russian Ambassador Vitaly Churkin said his country was open to the idea of the pauses but that it would not mean a halt in fighting "terrorists" — a term Russian and Syria use to refer to nearly all the forces aligned against Syrian President Bashar Assad. Syrian government forces have been bolstered by Russian air support.

U.S. Ambassador Samantha Power said the humanitarian crisis was only getting worse.

"We're back to where we were before the cessation of hostilities with the additional negative of Aleppo being besieged," Power said, referring to a limited truce between government and rebel forces brokered by the U.S and Russia in late February.

Syrian government forces and their allies cut the Castello road, the main link to rebel-held parts of the country, on July 17 — laying siege to opposition-held parts of Aleppo. The country's largest city and former commercial center has been contested since July 2012 and Aleppo residents have been reporting shortages of food and other basic supplies in rebel-held parts of the city because of the siege. Opposition groups breached the government-imposed siege and cut a key government route to the city over the weekend.