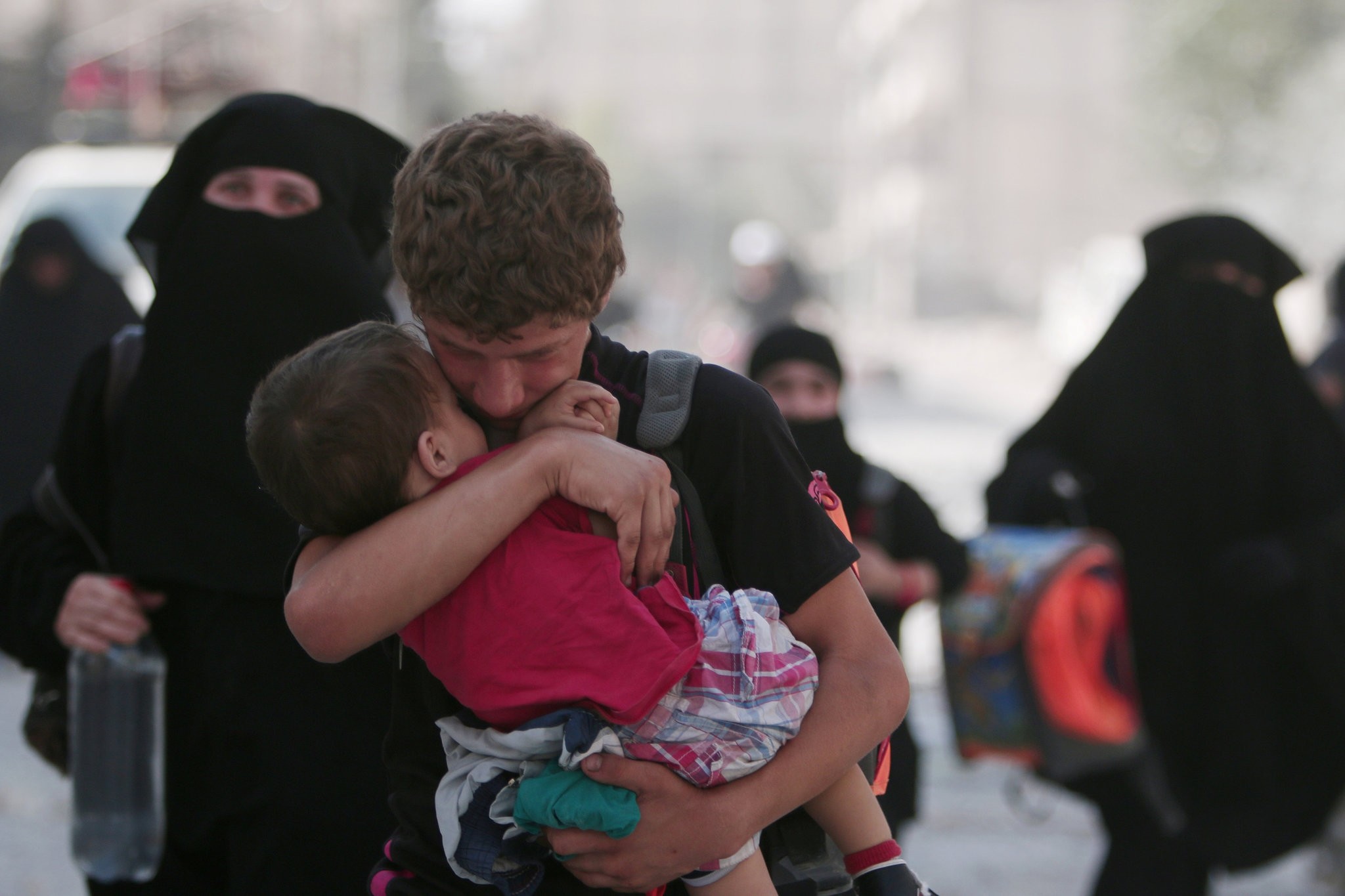 A civilian carries a child as he walks with others after they were evacuated by the Syria Democratic Forces (SDF) fighters from an Daesh-controlled neighbourhood of Manbij, in Syria, August 12, 2016. (Reuters Photo)
by Aug 13, 2016 12:00 am

Daesh has freed hundreds of civilians used by the extremists as human shields while retreating in northern Syrian, US-backed forces and a monitor said Saturday.

A source from the Syrian Democratic Forces, which pushed Daesh from the city of Manbij this week with the aid of US-led air strikes, told AFP that some civilians taken by the terrorists as they fled were able to escape while "others were freed".

The Syrian Observatory for Human Rights monitor confirmed the account.