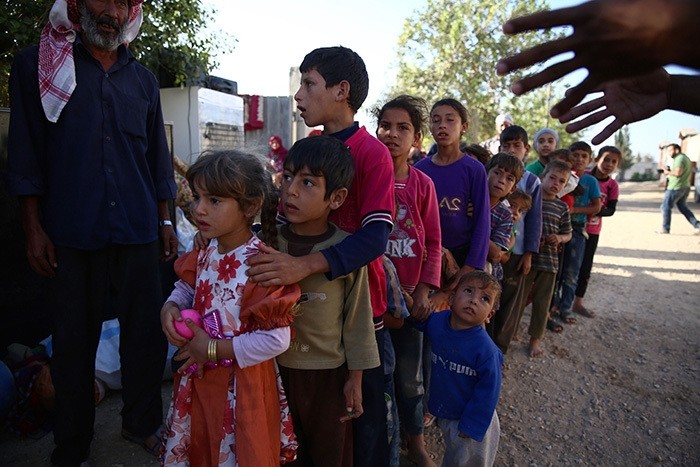 Syrian children, who fled with their families from the village of Hawsh Nasri in Duma, queue to receive aid from an NGO in the village of Shaffuniya in Ghouta, east of the capital Damascus, on August 13, 2016. (AFP Photo)
by Compiled from Wire Services Aug 18, 2016 12:00 am

United Nations envoy for Syria Staffan de Mistura suspended the humanitarian task force into the country's besieged areas, citing continued violence and a lack of progress on bringing aid into desperate parts of the country.

De Mistura reiterated his call for a 48-hour pause in the fighting, notably in the northern city of Aleppo, to help allow for deliveries and asked for a "gesture of humanity from both sides."

The envoy said he plans to reconvene the humanitarian task force next week and believes the task force's co-chairs — Russia and the United States — still want a nonmilitary solution to Syria's conflict.