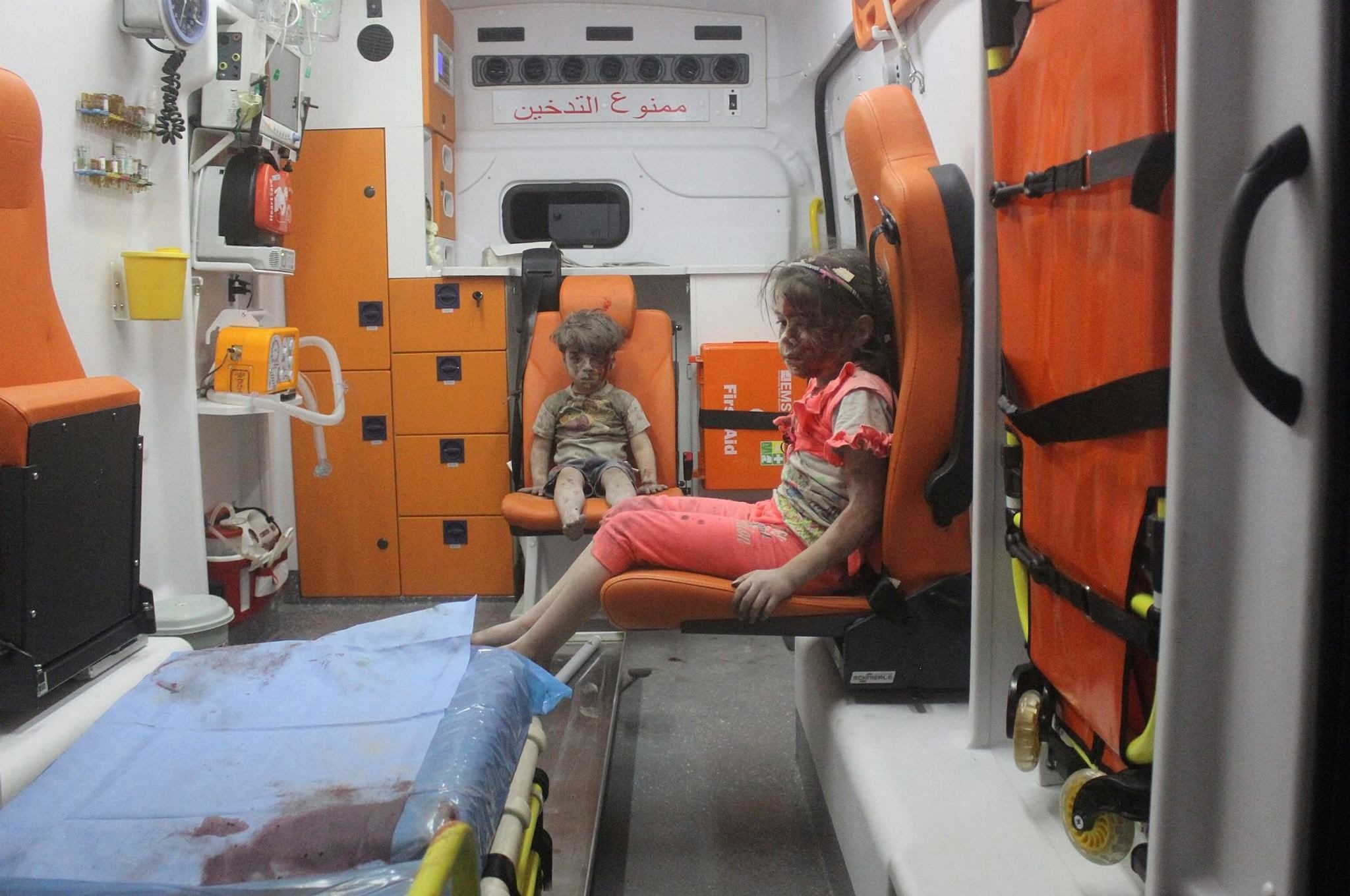 by Aug 20, 2016 12:00 am
The brother of Omran, the young boy pictured covered in dust in an ambulance after an airstrike in Aleppo, died Saturday from wounds sustained in the same attack, according to the journalist who shot the original picture.

"Ali, ten years old, died of wounds he sustained in his stomach at an Aleppo hospital," Mahmoud Raslan told dpa.

Raslan's footage of Omran, dazed and covered with dust and blood in the back of an ambulance after an air strike, made headlines across the world.

The two children, along with their parents and two other siblings, were all rescued from under rubble in the city's rebel-held Qaterji district after an airstrike on Wednesday.

Both the Syrian air force and its Russian ally have carried out frequent airstrikes on rebel-held areas of Aleppo. Russia subsequently denied that its aircraft target civilians.

"Ali was operated on the day of the strike... he was stable yesterday but today his health deteriorated and we lost him," said Raslan. He said he was with the family of Omran and had paid his condolences to them.

The family is keeping a low profile, according to Raslan, because they fear potential retribution after their son's picture went public around the world.
Last Update: Aug 20, 2016 8:56 pm
RELATED TOPICS