'We want a united Syria, not an independent Kurdish initiative', says Kerry 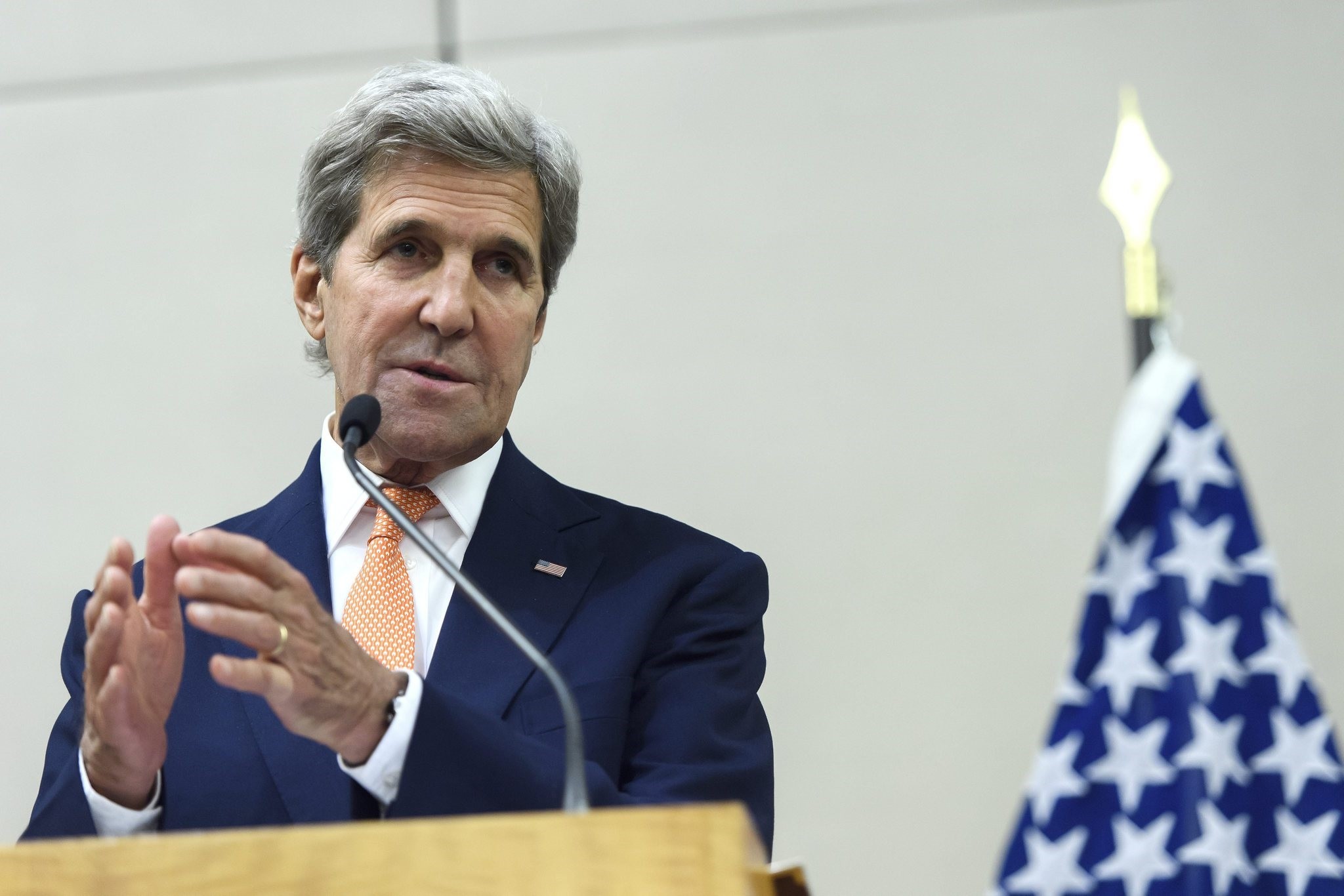 US Secretary of State John Kerry and Russian Foreign Minister Sergei Lavrov (not pictured), brief the media after their meeting in Geneva, Switzerland, 26 August 2016. (EPA Photo)
by Daily Sabah with AP Aug 27, 2016 12:00 am

U.S. Secretary of State John Kerry said Friday that as the U.S. they want Syria to be a united state and that they do not support a seperate Kurdish initiative.

After meeting off-and-on with Russian Foreign Minister Sergey Lavrov for nearly 10 hours in Geneva on Friday, Kerry stated that the U.S. and Russia "achieved clarity" on a path to restore a truce in Syria but details remain to be worked out.

He added that the "vast majority" of technical discussions on steps to reinstate a ceasefire and improve humanitarian access had been completed in Syria. Kerry says experts will remain in Geneva with an eye toward finalizing the unresolved steps in the coming days.

Lavrov echoed that, saying "we still need to finalize a few issues" and pointed to the need to separate fighters from the al-Nusra Front, which has ties to al-Qaida, from U.S.-backed fighters who hold parts of northwest Syria.

Lavrov insisted that a resumption of U.N.-mediated talks between the Syrian government and the U.S.-backed opposition that were suspended in April should help reduce hostilities that have flared in recent months. He also hailed an improved atmosphere between Moscow and Washington.

"We have continued our efforts to reduce the areas where we lack understanding and trust, which is an achievement," Lavrov said. "The mutual trust is growing with every meeting."

Friday's meeting came a month after the two men met in Moscow and agreed on a number of unspecified actions to get the all-but-ignored truce back in force. However, as in Moscow, neither Kerry nor Lavrov would describe them in detail.

"We are close," Kerry said. "But we are not going to rush to an agreement until it satisfies fully the needs of the Syrian people."

In a nod to previous failed attempts to resurrect the cessation of hostilities, Kerry stressed the importance of keeping the details secret.

And, underscoring deep differences over developments on the ground, Kerry noted that Russia disputes the U.S. "narrative" of recent attacks on heavily populated areas being conducted by Syrian forces, Russia itself and the Iranian-backed Hezbollah militia. Russia maintains the attacks it has been involved in have targeted legitimate terrorist targets, while the U.S. says they have hit moderate opposition forces.

Expectations had been low for the talks, particularly given how efforts to forge a new U.S.-Russia understanding have fallen short virtually every month for the past five years.

At the same time, the Obama administration is not of one mind regarding the Russians. The Pentagon has publicly complained about getting drawn into greater cooperation with Russia even though it has been forced recently to expand communication with Moscow. Last week, the U.S. had to call for Russian help when Syrian warplanes struck an area not far from where U.S. troops were operating.

U.S. officials say it is imperative that Russia use its influence with Syria's Bashar Assad to halt all attacks on moderate opposition forces, open humanitarian aid corridors, and concentrate any offensive action on Daesh and other extremists not covered by what has become a largely ignored truce. For their part, U.S. officials say they are willing to press rebels groups they support harder on separating themselves from Daesh and al-Nusra, which despite a recent name change is still viewed as al-Qaida's affiliate in Syria.

Those goals are not new, but recent developments have made achieving them even more urgent and important, according to U.S. officials. Recent developments include military operations around the city of Aleppo, the entry of Turkey into the ground war, Turkish hostility toward U.S.-backed Kurdish rebel groups and the presence of American military advisers in widening conflict zones.

Meanwhile, in a blow to the opposition, rebel forces and civilians in the besieged Damascus suburb of Daraya were to be evacuated on Friday after agreeing to surrender the town late Thursday after four years of grueling bombardment and a crippling siege that left the sprawling area in ruins. The surrender of Daraya, which became an early symbol of the nascent uprising against Bashar Assad, marks a success for his government, removing a persistent threat only a few miles from his seat of power.

Referring to Daraya, Lavrov said: "This is an example I think will get some following." He said the Russian military's reconciliation center in Syria has received a request from another area to organize a similar operation — with Russian mediation.