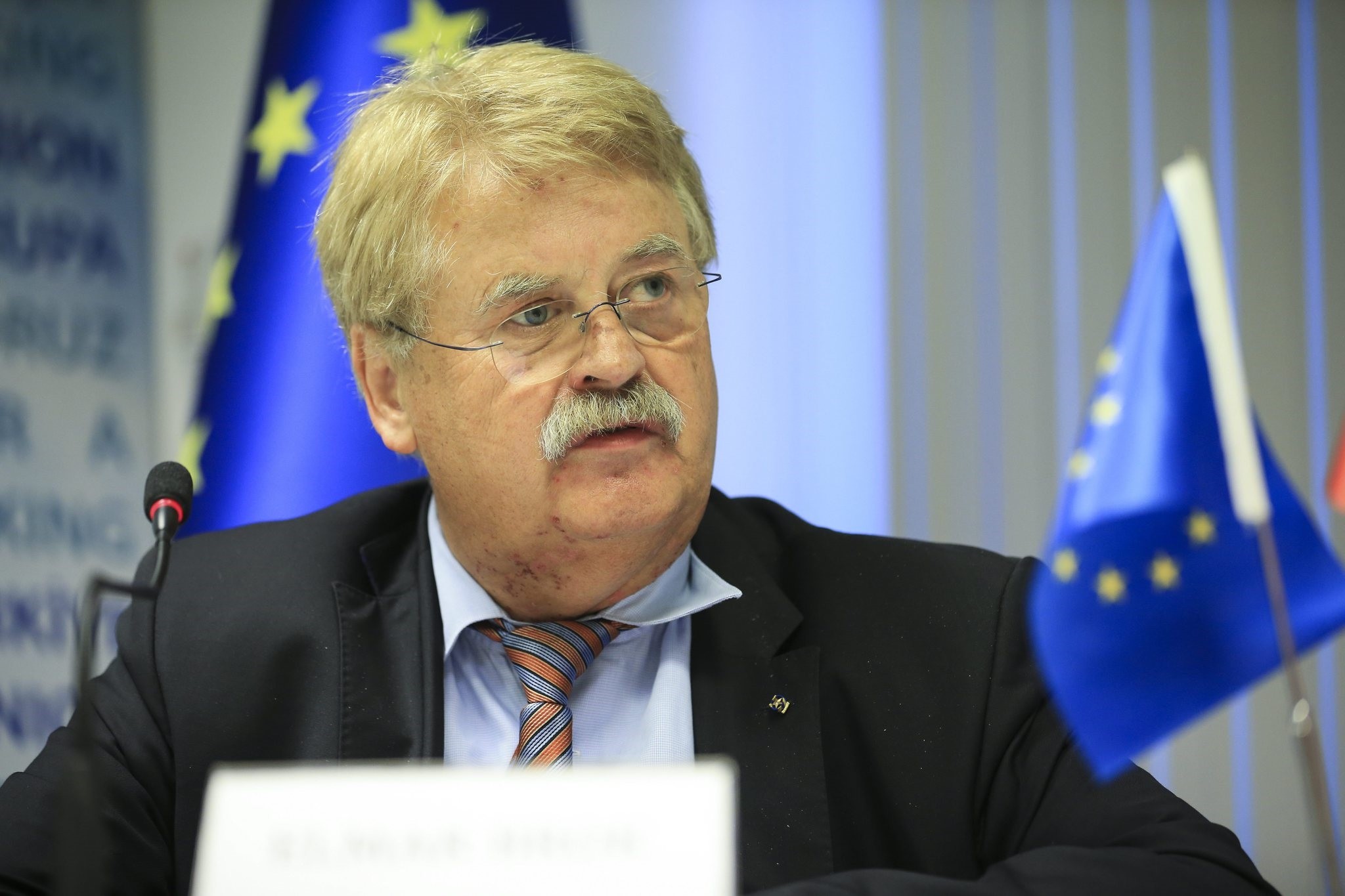 Talking to the Passauer Neue Presse newspaper of the Passau region of Bavaria, Elmar Brok said: "The PYD in Syria shouldn't use the fight against Daesh as an excuse to take hold of Arab regions. They have no business there."

On Thursday, U.S. Secretary of State John Kerry had reassured Turkey that the PYD, which is the Syrian wing of the PKK, was withdrawing to the east of the Euphrates.

Brok also said that he was pleased that Turkey showed its determination in the fight against Daesh by commencing ground operations in Syria, especially after Turkey was accused of tolerating Daesh terrorists or even lending support.

Also touching upon visa-free travel for Turks and EU-Turkey relations, Brok said: "Turkey wants a solution to this issue, we should soften our discourse as the two sides."

Reminding everyone that Turkey had already fulfilled 67 out of 72 criteria required for visa-free EU travel, Brok stated that the most contested one was the criteria on Turkey's terror laws.

"Finding the solution to four out of the five remaining criteria is just around the corner. That leaves us only with the terror law. And Turkey wants a road map to reach an understanding on this."

A readmission process between the EU and Turkey, entered into in October 2014, made it possible to return undocumented, illegal refugees who enter Europe via Turkey and vice versa. In return for this readmission agreement, the EU had promised visa-free travel for Turkish citizens to the Schengen zone.

Brok also recently visited the Turkish Parliament in Ankara, for the first time since it was bombed on the night of July 15 by pro-coup soldiers.

He paid his visit to Turkey along with EP Turkey rapporteur Kati Piri between Aug. 23-25, and during their visit they met with Turkish officials, representatives of political parties as well as NGO representatives. European Union officials stated that the aim of the visit was to express the EU institutions' solidarity with the Turkish people following the failed coup on 15 July, and to get first-hand information on recent developments in Turkey.

Responding to a question about the state of emergency which was declared by Turkey following the July 15 coup attempt, Brok had defended Turkey saying: ''If the German army were to have bombed the German parliament, I think we would have done the same [as Turkey] during the first week to get rid of those who were responsible for that.''

He had also commented on the Turkey's cross border military operation to clear a Syrian border town of Daesh during his visit.

"We welcome that Turkey takes measures against DAESH, that this is in our common interest," he said. Regarding Turkey's concern about PYD's expansion in the Syria Brok said, "Perhaps it's not good, it's the situation might be used by one or the other side to increase the region of influence outside the traditional zone of influence."