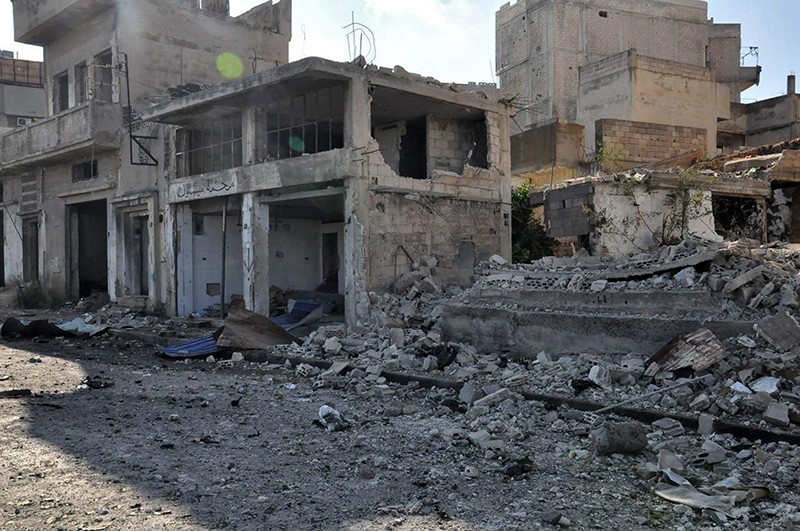 At least 43 people were killed in four separate explosions early Monday in different Syrian cities controlled by the Assad regime, including Tartous, Damascus countryside and Homs.

The Syrian Observatory for Human Rights said the two blasts struck near a checkpoint at the southern entrance of Tartous city. At least 45 people were wounded in the blasts, a Syrian security source told dpa.

Earlier, a blast hit a regime-held area in the central province of Homs killing at least two soldiers, the monitoring group said. Another explosion went off near Damascus in the area of Sabora, west of the capital, killing at least three people.

A further explosion hit al Hassakeh, in the north-east of Syria, killing at least five people, the observatory said.

There was no claim of responsibility for the attacks.

Syria has been locked in a vicious civil war since early 2011, when the Assad regime cracked down on pro-democracy protests-which erupted as part of the "Arab Spring" uprisings-with unexpected ferocity.