No breakthrough in US, Russian diplomatic talks on Syria ceasefire 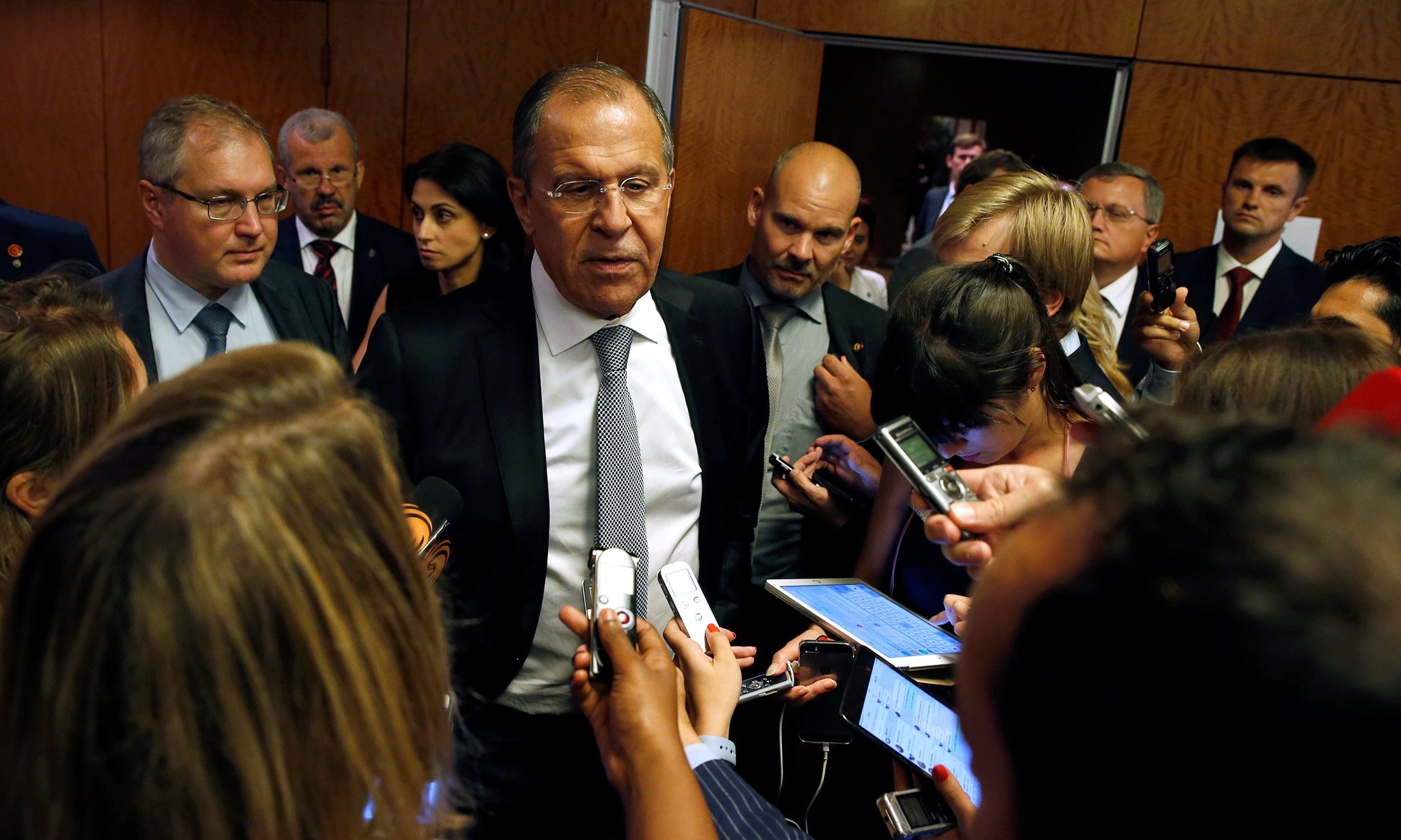 Russian Foreign Minister Sergei Lavrov speaks to reporters during a break in his meeting with U.S. Secretary of State John Kerry in Geneva, Switzerland . (Reuters Photo)
by Sep 09, 2016 12:00 am
The top diplomats from the United States and Russia met in Geneva on Friday for talks on Syria's war but, according to diplomatic sources, no breakthrough toward a ceasefire was made.

The meeting, between US Secretary of State John Kerry and Russian Foreign Minister Sergei Lavrov, had focused on achieving a durable ceasefire and stepping up humanitarian aid, according to the White House and diplomatic sources.

The US is supporting the opposition that fights to oust Syrian President Bashar al-Assad, an ally of Russia.

The number of points where the US and Russia had yet to agree had been reduced to two or three, Steinmeier said in Berlin.

If they do reach a conclusion, it "would be a major difference on the relaunching of the cessation of hostilities which in turn would have a positive impact on the way the political process could be relaunched," de Mistura said in Geneva.

"The discussions are complex, on delicate, difficult issues," de Mistura added without elaborating.

In February, after nearly five years of conflict, the US and Russia brokered a nationwide ceasefire in Syria.

It held for a time but then collapsed under the pressure of localized fighting and a failed UN-backed political process to end the violence.

There have been attempts since to reach short-term, often region-specific, cessations of hostilities, but these have tended to be short-lived.

Russia has emphasized the possibility of reaching a deal with Washington on military collaboration against terrorist groups in the country.

Russia's Foreign Ministry said Kerry and Lavrov discussed the possibility during a phone call on Thursday.

Both diplomats were also expected to discuss measures to broaden the distribution of humanitarian aid to Syrian civilians.

The conflict in Syria has intensified in recent months, worsening the humanitarian situation in the country.

At least 15 civilians were Friday killed in tit-for-tat attacks in the divided northern city of Aleppo, a monitoring group reported.


Once Syria's commercial hub, Aleppo has been divided between al-Assad's forces in the west and rebels to the east since fighting erupted in mid-2012 for control of the city.
Last Update: Sep 09, 2016 11:26 pm
RELATED TOPICS