Syrian opposition tells US they back ceasefire, but voices concerns at deal 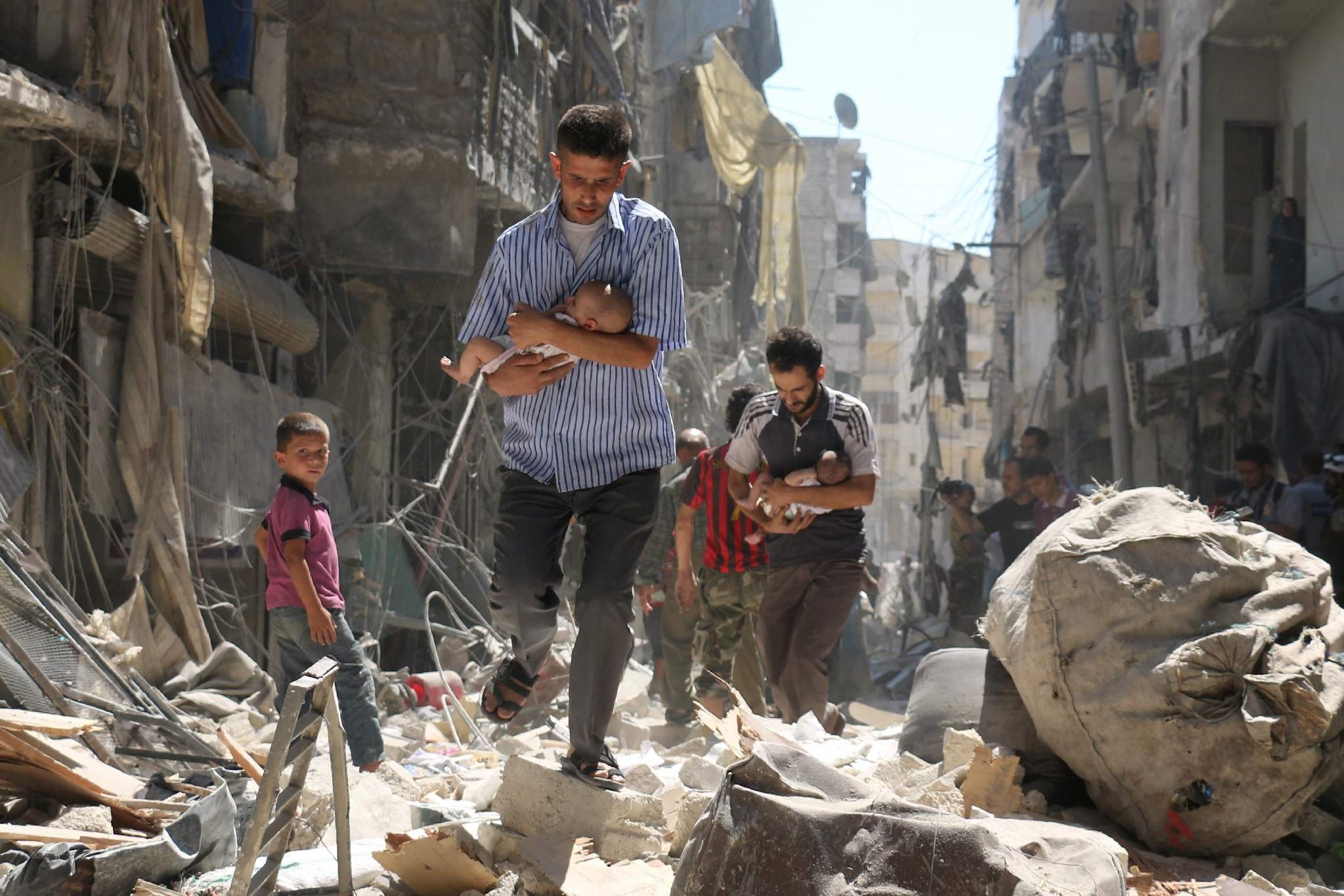 Syrian men carrying babies make their way through the rubble of destroyed buildings following a reported air strike in Aleppo, on September 11, 2016. (AFP Photo)
by Daily Sabah with Reuters Sep 11, 2016 12:00 am

Syrian opposition groups wrote to the United States on Sunday, saying they would "cooperate positively" with a ceasefire but had deep concerns about details of the deal as relayed to them, including an apparent double standard in excluding terror groups, two opposition officials said.

The ceasefire was agreed between Russia, which backs Syrian regime leader Bashar al-Assad, and the United States, which backs some rebel groups, to come into effect at sundown on Monday, and excludes some groups accusing them of being extremist.

"We in the revolutionary factions reconfirm our fixed position of dealing positively with the idea of a ceasefire," said the text of the letter as confirmed by the opposition officials.

But underlining the depth of concern at the details, it cited reservations "linked to our survival and continuation as a revolution".

It said excluding Jabhat Fateh al-Sham, a former al Qaeda affiliate, but not foreign militias backed by Iran, was a double standard and would make the deal less likely to succeed, warning that Russia and the government would use it as a pretext to attack other rebel groups.

It noted that while Jabhat Fateh al-Sham, formerly known as the Nusra Front, did not undertake activities outside Syria's frontiers, the "sectarian militias" fighting alongside the government operated across borders. The Syrian government is backed by Shi'ite militias from Iraq, Lebanon and Iran.

The letter voiced worry that the ceasefire was devoid of guarantees, monitoring mechanisms or sanctions against violations, saying that the absence of such mechanisms had allowed the government to scupper a previous deal.

It also expressed concern at what it said were clauses in the agreement indicating that Syrian government jets would not be barred from flying for up to nine days after the ceasefire had taken effect.

"As you know this time frame ... will give the warplanes of the regime adequate opportunity to cause huge damage in civilian areas and against our military forces," it said.

The letter also said the agreement neglected besieged areas and offered no guarantees against the government forcing local agreements on besieged areas, as happened recently in the town of Daraya near Damascus.

Reflecting opposition concern that the agreement was solely focused on Aleppo, the rebel groups said "we insist on the necessity of aid going in to all the besieged areas without exception".