Obama 'confident' Daesh will be defeated in Mosul 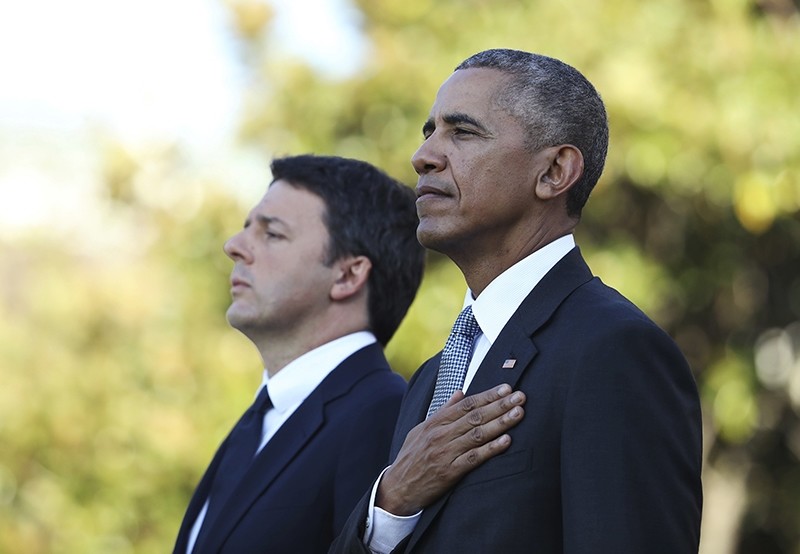 President Barack Obama and Italian Prime Minister Matteo Renzi stand at attention as the Star Spangled Banner is played during a state arrival ceremony on the South Lawn of the White House. (AP Photo)
by Oct 18, 2016 12:00 am

U.S. President Barack Obama on Tuesday said he was confident that Iraqi forces leading the military operations against Daesh would defeat the militant group.

"The start of Iraqi operations to liberate Mosul is another major step forward," Obama said, speaking at a White House news conference alongside Italian Prime Minister Matteo Renzi. "ISIL will be defeated in Mosul," he added, using an acronym for Daesh.

But the U.S. leader warned of a challenging road ahead.

"Perhaps one million civilians are still living there," Obama added. "In addition to rooting out ISIL, our focus is on the safety and humanitarian aid for civilians escaping the fight. That will be a top priority for both our governments."