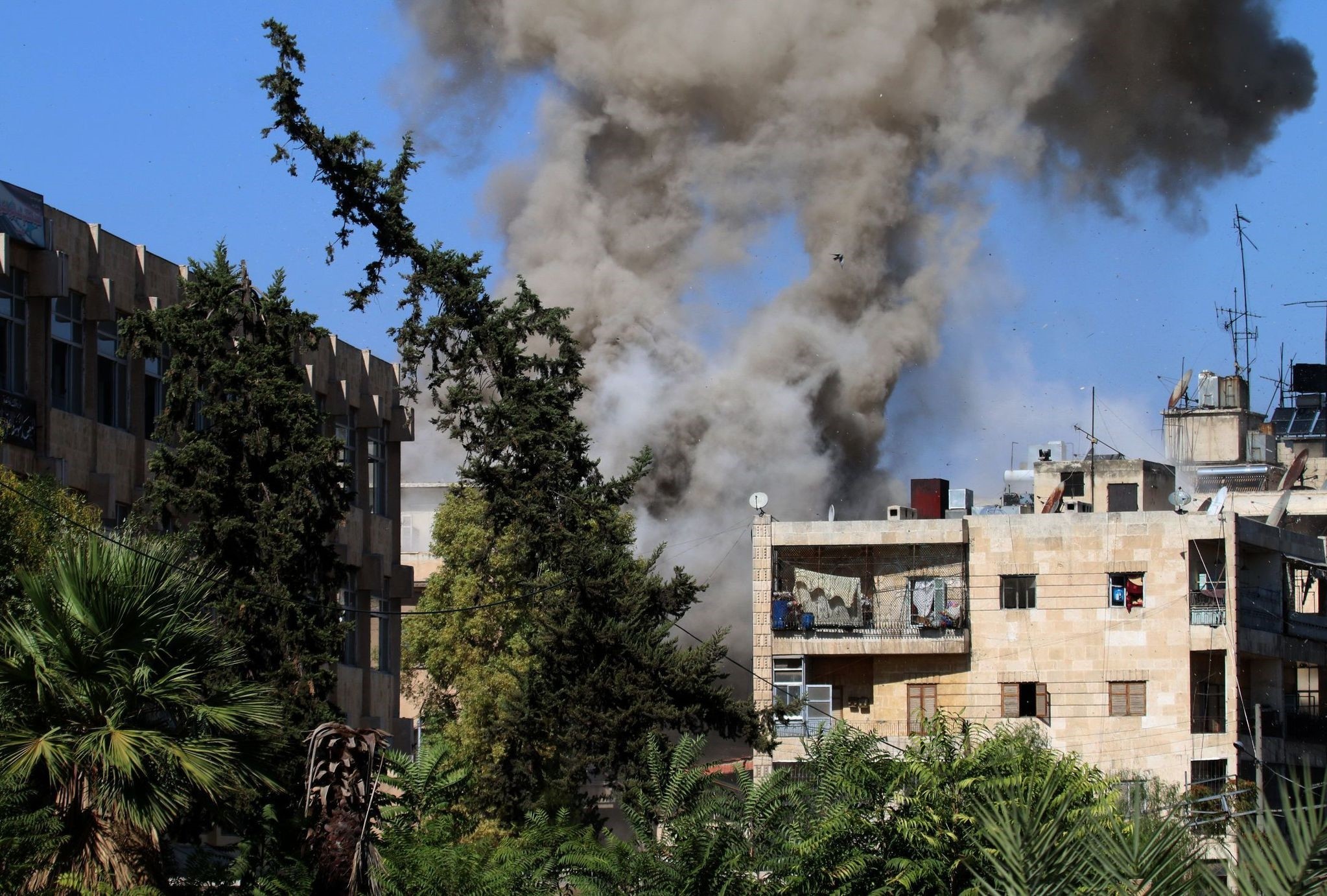 Smoke rises from buildings in an eastern neighbourhood of the northern Syrian city of Aleppo on October 20, 2016 as clashes erupted in an area designated as a humanitarian corridor. (AFP Photo)
by Oct 22, 2016 12:00 am

Moscow had extended the unilateral "humanitarian pause" into a third day until 1600 GMT Saturday, but announced no further renewal of the truce despite a UN request for longer to evacuate wounded civilians.

The Syrian Observatory for Human Rights reported fierce fighting in several areas along the front line dividing the city, with three people wounded by shelling of the opposition-held Salaheddin and Al-Mashhad districts.

And the first air strikes since the end of the truce hit the opposition-controlled district of Sheikh Saeed where there was also heavy fighting, the monitor said.

Neither residents nor opposition-held districts heeded calls from the Syrian regime's army and Moscow to leave during the ceasefire, after weeks of devastating bombardment and a three-month regime siege.

The pause began on Thursday, and came after Moscow announced a temporary halt to the Syrian regime's campaign to recapture the divided city.

The regime army opened eight corridors for evacuations, but just a handful of people crossed through a single passage, with the others remaining deserted.

More than 2,000 civilians have been wounded since the regime army launched its offensive to drive the opposition out of the eastern districts they have held since 2012. Nearly 500 people have been killed.

The United Nations had hoped to use the ceasefire to evacuate seriously wounded people, and possibly deliver aid.

But a UN official said Saturday the requisite security guarantees had not been received.

"You have various parties to the conflict and those with influence and they all have to be on the same page on this and they are not," said David Swanson, a spokesman for the UN humanitarian office.

The UN had drawn up a four-day plan that was to start with two days of medical evacuations to west Aleppo, opposition-held Idlib province, and Turkey, and continue with more evacuations as well as aid deliveries.

No aid has entered Aleppo since July 7 and food rations will run out by the end of the month, UN chief Ban Ki-moon warned Thursday.

The UN had asked Moscow to consider extending the pause until Monday evening, but there was no word of any extension as the 1600 GMT deadline passed.

Russia is a key ally of Syria's regime and began a military intervention in support of Bashar Assad last September.

Kremlin spokesman Dmitry Peskov said in an interview set to air Saturday that the intervention was meant to "liberate" Syria and keep Assad in power.

"Either Assad is in Damascus, or Al-Nusra is," he said, referring to former Al-Qaeda affiliate the Fateh al-Sham Front. "There is no third option here."

On Friday, a UN human rights council resolution called for "a comprehensive, independent special inquiry into the events in Aleppo".

Also Friday, UN experts said the Syrian regime army was responsible for a March 2015 chemical weapons attack on the village of Qmenas.

But they said they were unable to determine who was responsible for two other chemical weapons attacks, one in the same month and the other in April 2014.