48 percent of Russians concerned Syria could lead to WWIII 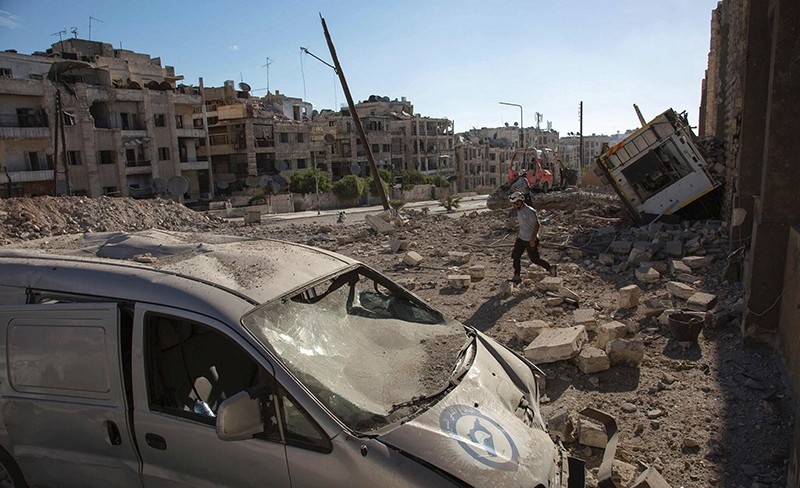 | File Photo
by German Press Agency - DPA
Oct 31, 2016 12:00 am
Nearly half of Russians, 48 per cent, worry that their country's tensions with the West over the conflict in Syria could lead to World War III, Russia's largest independent pollster, Levada Centre, said Monday.

At the same time, more than half, 52 per cent, were in favour of Russia's bombing campaign in Syria, according to a different question in the survey, conducted last week among 1,600 adults across Russia.

Russia has been conducting a bombing campaign in Syria for more than a year in support of the Assad regime, a longtime ally. The United States and other Western powers, however, support some opposition groups in Syria seeking to overthrow the regime.

This month, Russia threatened to respond with force if the U.S. bombs a Syrian military position where Russian servicemen are present.
Last Update: Oct 31, 2016 3:25 pm