US names Syrian regime generals linked to attacks on civilians 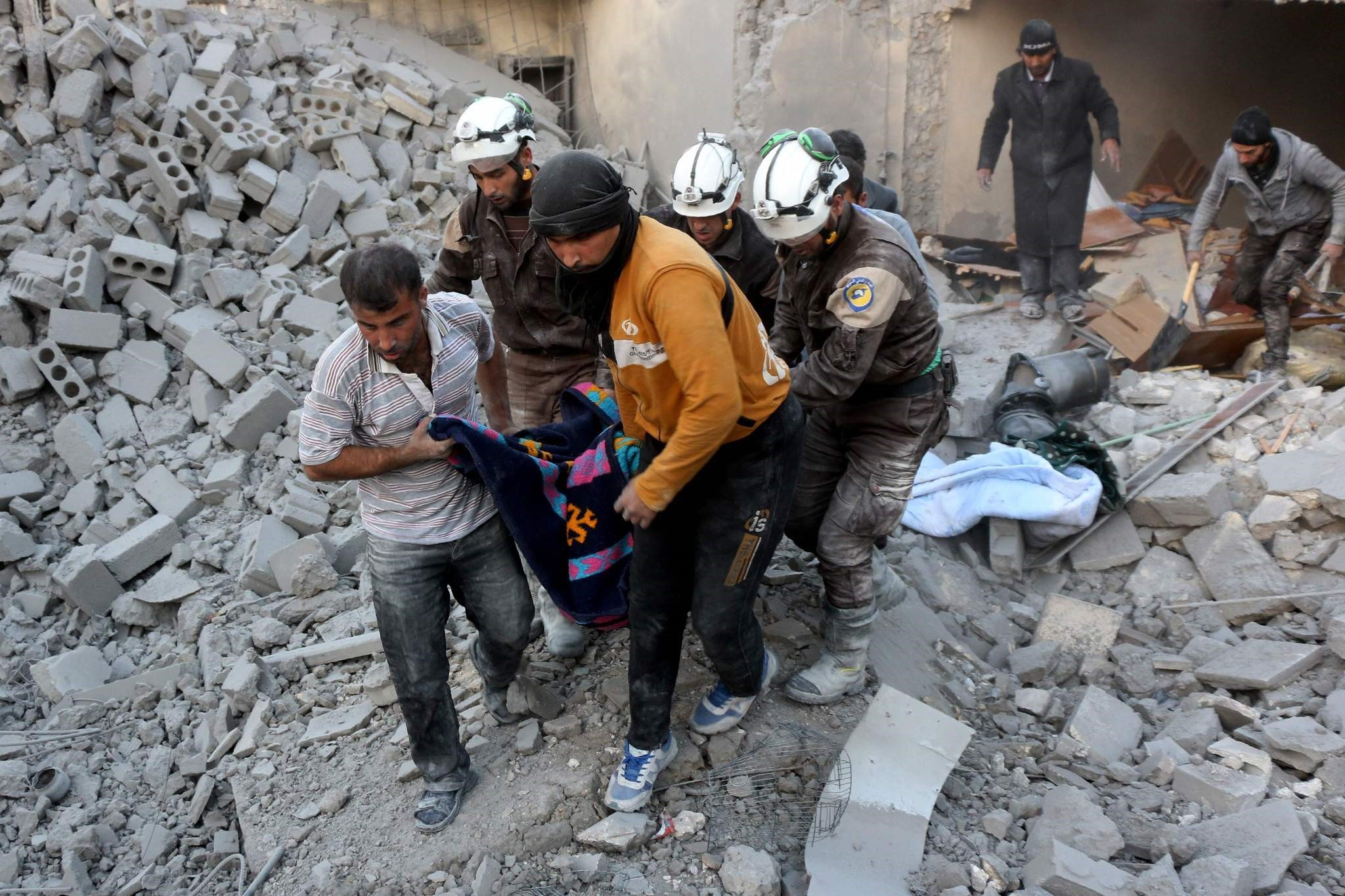 Syrian civil defence volunteers evacuate a victim from the rubble of a building following reported airstrikes on Aleppo's rebel-held district of al-Hamra on November 20, 2016. (AFP PHOTO)
by French Press Agency - AFP Nov 21, 2016 12:00 am

The United States on Monday named a dozen Assad regime generals and officers accused of leading attacks on civilian targets in the five-year war and warned they would one day face justice.

US Ambassador Samantha Power said the military commanders were involved in "killing and injuring civilians" with assaults on schools, hospitals and homes since the outbreak of the war in 2011.

"The United States will not let those who have commanded units involved in these actions hide anonymously behind the facade of the Assad regime," Power told the Security Council.

The council met as Syrian and Russian warplanes pounded rebel-held parts of northern Syria including Aleppo, where food rations were running out in the besieged eastern part of the city.

"Those behind such attacks must know that we in the international community are watching their actions, documenting their abuses and one day they will be held accountable," said Power.

"These individuals feel impunity," she said, warning that so did former Serbian leader Slobodan Milosevic and Liberian warlord Charles Taylor who faced trial for war crimes.

"Today's atrocities are well-documented and the civilized world's memories are long," she said.

UN aid chief Stephen O'Brien told the council that nearly one million people were living under siege in Syria, revising figures from six months ago that showed nearly half a million Syrians were cut off.

More than 300,000 people have died in the war that began with anti-government protests, and millions have been driven from their homes.