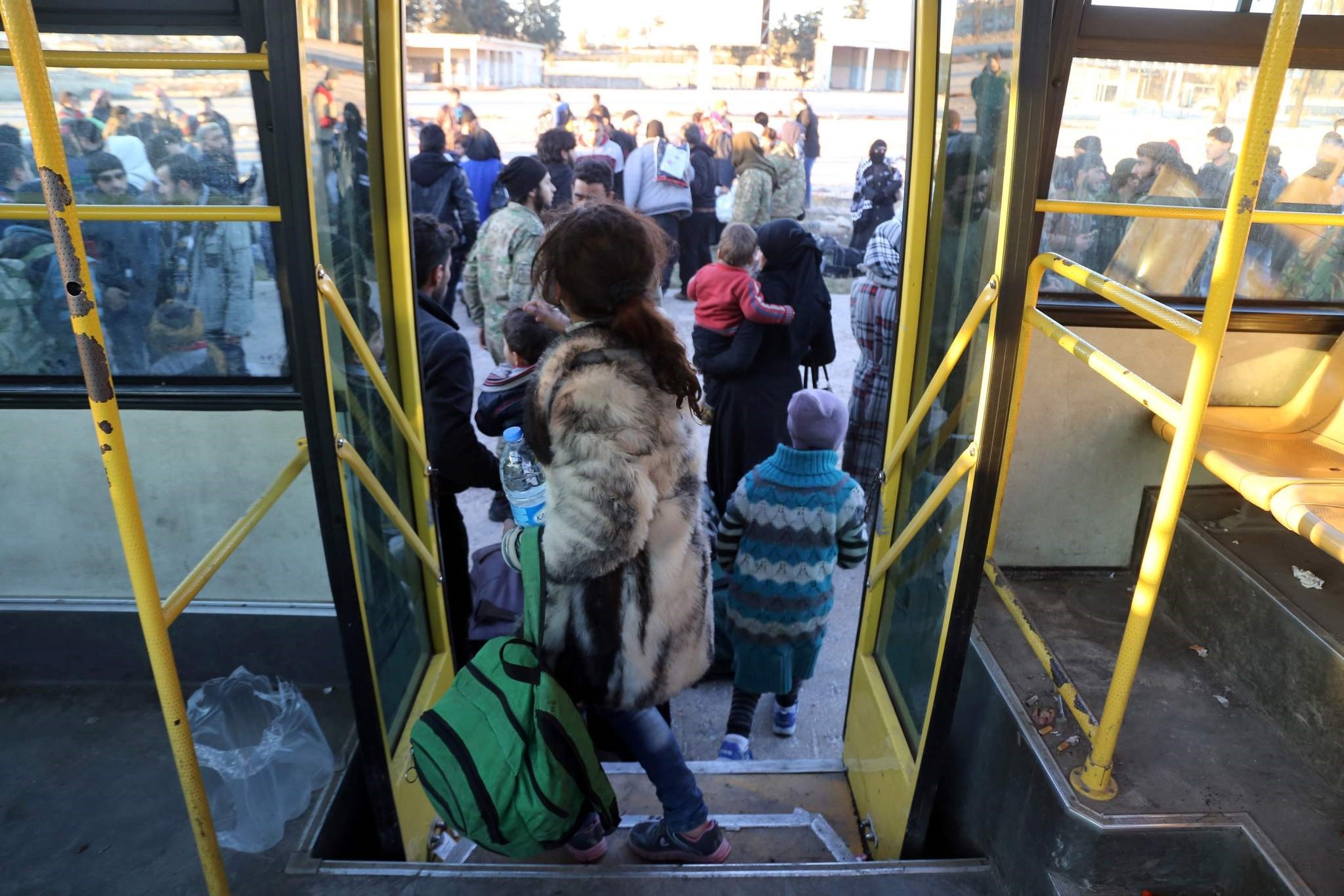 | AFP Photo
by Daily Sabah with Reuters Dec 15, 2016 12:00 am
A second round of evacuations from Syria's eastern Aleppo was completed as the number of people rescued reached 2284 on Thursday, a Turkish official said, as part of an effort that Turkey has said could see 100,000 people brought out of the city.

No further information about the second round of evacuations was immediately available. Turkish Deputy Prime Minister Veysi Kaynak said earlier on Thursday that a convoy of 20 buses, capable of carrying around 1,000 people, was being used for the evacuation, shuttling in and out.

Amid Turkey's intensified diplomatic traffic with Russia and Iran, a cease-fire has been established and evacuation process began on Thurday, despite disruptions caused by the Iran-backed militia and regime forces opening fire on the convoys transferring civilians from eastern Aleppo to opposition-held Idlib.

Turkish and Russian presidents spoke over the phone about Aleppo on Wednesday as they discussed the human tragedy in Aleppo and bilateral relations between Turkey and Russia, sources said.

The two leaders agreed the partial cease-fire deal should be implemented completely and no violations should take place, the source added.