Second round of Astana talks to be held on Feb. 8 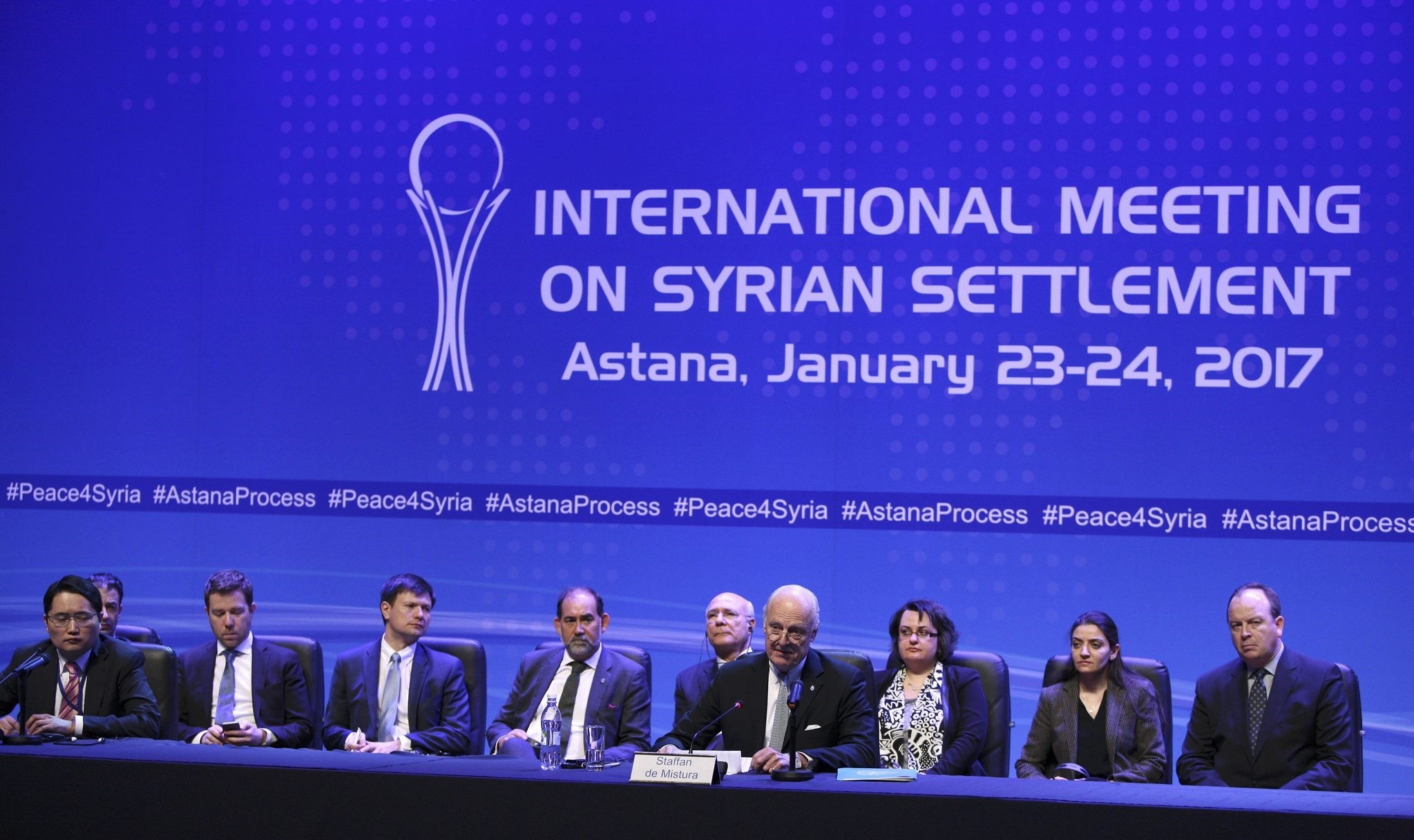 At the end of the conference, the three countries said they will use their "influence" to strengthen the shaky truce, which has been in place since Dec. 30.

They did not specify how that would work, and the U.N.'s Syria envoy, Staffan de Mistura, only said that the three sides will meet soon in Astana to lay the parameters for a mechanism to reinforce the truce.

Following the declaration, read out by Kazakhstan's foreign minister, Kairat Abdrakhmanov, Syria's delegates to the Astana meeting held competing press conferences that underlined the enormous differences between the two sides.

"We don't accept any role for Iran in the future of Syria," said Mohammad Alloush, the head of the opposition delegation, insisting that all Iranian-backed foreign militias fighting alongside the Syrian regime withdraw from Syria.

The regime's U.N. envoy Bashar Ja'afari, said it was "pitiful" that the opposition was criticizing one of the three guarantors who facilitated the agreement.

"The issue here is that finally we have a consensual paper called final communique or final declaration agreed upon by everybody ... this is what we care about," Ja'afari said.

The statement signed by the three sponsors Tuesday said the agreement in Astana paves the way for political talks to be held in Geneva at a later date, and welcomes the opposition groups' participation in the U.N. sponsored talks.

Russia, an ally of the Syrian regime, and Turkey, a supporter of the opposition, had negotiated the shaky Dec. 30 cease-fire. Iran, which supports the regime, had approved it. The cease-fire greatly reduced the violence in Syria, but violations continued and the Syrian opposition and the regime and its allies exchanged blame.

The meeting's final statement said the three countries "will seek through concrete steps and using the influence of the parties the consolidation of the cease-fire" and agreed "to establish a trilateral mechanism to observe and ensure full compliance with the cease fire, prevent any provocations and determine all modalities of the ceasefire."

The statement said the three nations will continue their joint efforts in fighting the extremist Daesh and the al-Qaida affiliate in Syria. They called on the opposition to separate themselves from the al-Qaida-affiliate, a sticky point that has previously been the reason for the failure of previous cease-fire.